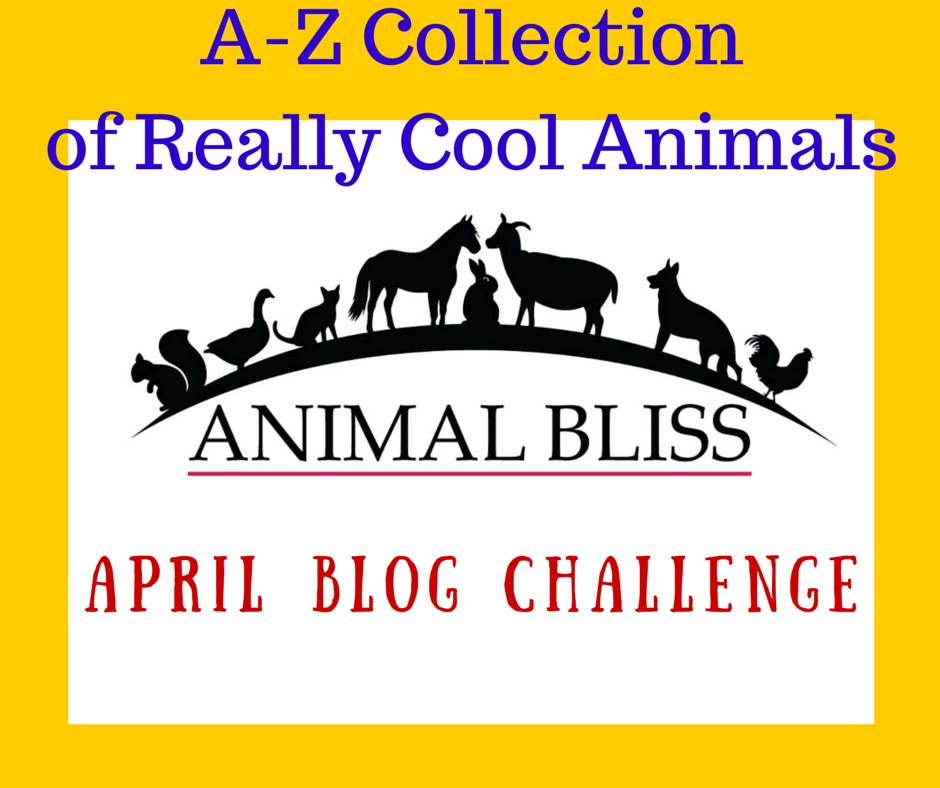 What does this mean?

In other words, if you take the month of April, take all the Sundays off, you are left with 26 days. Post on each of those days.

Each day uses the next letter of the alphabet, from A-Z.

ANIMAL BLISS has chosen to concentrate on Animals, of course, as its theme. I’ll be sharing with you fun things:

THE MASTER LINKS to the A-Z Collection of Cool Animals

April 1: A is for Axolotl Salamander

April 2: B is for Banded Palm Civet


April 4: D is for Dwarf Crocodile

April 6: E is for Echidna Penises


April 7: F is for Magnificent Frigatebirds


April 10: I is for Isopod Facts, Tongue-Eating Louse

April 20: Q is for Quokka Facts

April 24: U is for Uakari Monkey Facts

April 27: W is for Giraffe Weevil

Is there an animal you’d like to learn more about in ANIMAL BLISS?