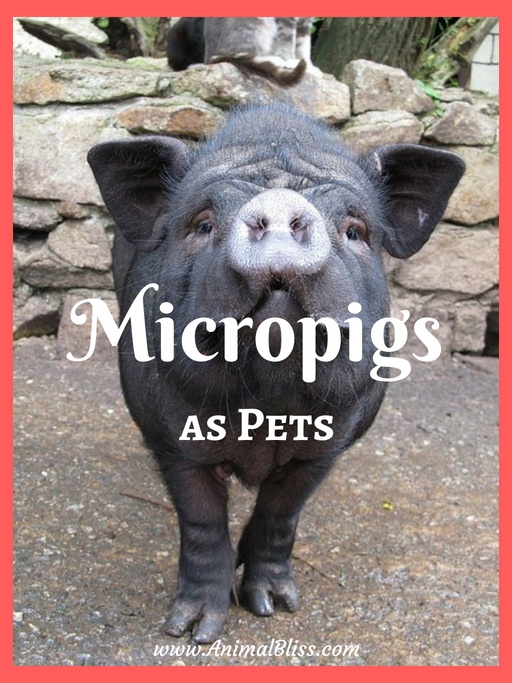 Have you considered micropigs as pets but don’t know enough about them? It’s important to do your research before deciding on any pet, but micropigs especially, as there are many myths concerning them.

10 Things you Should Know before Adopting a Micro Pig

Though they have a few different names (micro pigs, miniature pigs, teacup pigs), they aren’t genuinely tiny. Most are merely potbellied pigs that are naturally smaller than domestic farm pigs. The latter can weigh several hundred kilos. Micropigs, when young, however, usually weigh around 30 kilos (65 lbs). Aww!

2. But micropigs can grow larger than you’d expect

Teacup pigs can grow up until the age of about five years old to a reasonable size upon reaching adulthood and can reach 50 kilos (110 lbs) or more. So be careful if you get one because they’ll need a decent amount of room to be happy and healthy.

Part of why people perceive micropigs as being tiny is because they can breed at a relatively young age – around three months –  which means breeders may show you the young parents of a micropig you’re planning to adopt to convince you of their size. Remember, your pig can still reach 50 kilos (110 lbs) and grow much bigger than when you bought it. It may not be a case of, ‘like father like son!’

4. Pigs are smarter than you’d expect

Being smart doesn’t mean pigs will be able to help you with your homework, but recent studies have suggested pigs can outsmart dogs and even chimpanzees. Pigs have been observed completing mazes and recognizing symbols, and they have excellent long-term memory.

Pigs are empathetic animals which learn from one another and have complicated social lives, with some studies showing them play-fighting with one another in much the same way as dogs do. Did you know that therapy pigs are also a thing?!

Miniature pigs can even be potty trained. That’s right—you can teach them in much the same way as a dog or a cat by using positive reinforcement to go to the toilet outside or in a litter tray.

Contrary to popular belief, pigs are relatively clean animals which means that you should place their litter tray away from where they sleep and eat.

However, a pig that hasn’t been spayed or neutered will be very difficult to potty train. You can spay female pigs between four and six months of age, although this can be done earlier, and neuter male pigs between two and three months. If you don’t do this, pigs tend to urinate all over the place in an attempt to attract a mate. From experience, most people don’t want pig wee all over their homes! 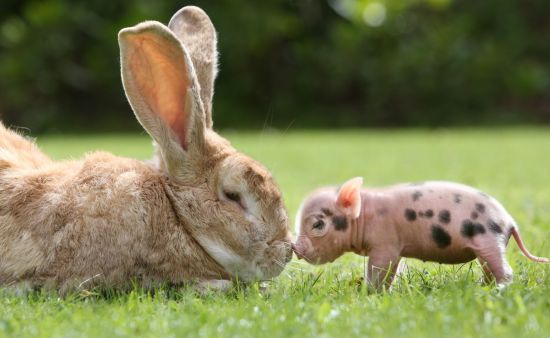 6. Pigs are good with other animals—but not all of them

If you’ve got a cat, you’re in luck — pigs very often make good friends with them and is especially true if reared together. If your miniature pig is new to the home, however, your cat may act timidly or otherwise, so it’s important to be careful.

While it’s not out of the question, dogs and pigs generally don’t get on well with one another. Dogs, being predators, see pigs as prey and as such have a hate-hate relationship.

However, in both of these cases, the personality of the animal has a significant impact on the outcome. It’s important to supervise your pets while they’re together just in case anything does happen. If it’s a dog vs. a micropig, the dog is going to win nine times out of ten!

Although micropigs mature early, this doesn’t mean they necessarily have short lifespans. Generally, micro pigs are considered full grown between three and five years of age; a micropig is regarded as ‘old’ by the age of 10. However, if you keep good care of your pig, making sure to take it for regular vet checkups, give it a proper diet, and enough exercise, your pig could live for 15 years or more.

On top of this, you need to remember that owning an animal can be costly after you’ve taken into account food, vet bills, and insurance. So make sure you’re ready for the commitment before you adopt one!

Older teacup pigs especially can suffer from a range of illnesses, most of which are common to all pigs. For example, pigs don’t have particularly good eyesight which means they may develop problems with their vision as they grow older.

Older pigs also often suffer from arthritis, but you can get joint supplements that can ease discomfort for your pig.

9. Micro pigs have grown in popularity

Micropigs as pets have garnered a lot of attention in recent years as they seem to have become a relatively ‘fashionable’ pet to have. Victoria Beckham and Paris Hilton both owned miniature pigs, and the popular American sitcom, “How I Met Your Mother” featured a teacup pig. There have even been Youtube celebrity pigs that have gone viral with millions of views.

But what goes up must come down, and micropigs will eventually stop being fashionable. It’s important not to get sucked up into the hype and end up adopting an animal you then realize you can’t care for properly. Lots of pigs end up in homes from families that either aren’t able to properly attend to them or just decided they didn’t want them after all.

Remember that getting any animal is a commitment that takes hard work, a lot of love and care, and having micropigs as pets shouldn’t be taken lightly.

10. Finally, micro pits are not only cute — they’re fun too

We’ve seen that these sweet animals (even when they get bigger!) can be trained to not defecate in the house. But that’s not all they can do! Micropigs can be taught to do tricks in the same way a dog can. Training your pig gives them structure,  discipline, and exercises their mind.

Just like a dog, you can teach your micropig to come when its name is called, to sit, to shake its hooves, and to stay. Once they get used to being trained, you can even get them to do obstacle courses and complete tasks for treats.

It’s important to note that pigs are four-legged animals, and they can hurt themselves if trained to walk on their hind legs. It’s almost always better to let them keep all four hooves on the ground, to maintain a happy and healthy miniature pig.

And remember, micropigs are not really miniature!

Do you have a mini pig or are you thinking of getting one? (I’ve had 3 of them.)