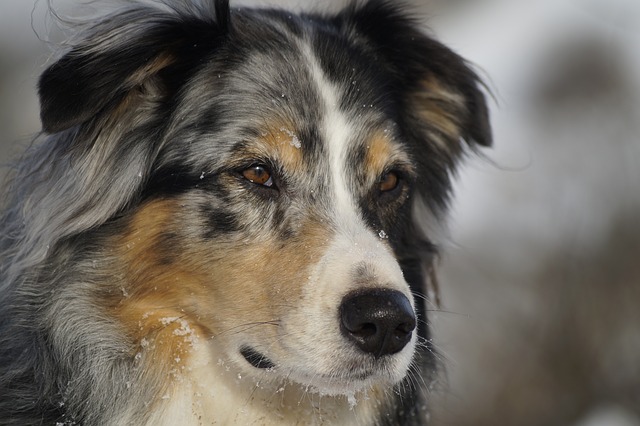 On August 11, 2016, our eight-year-old Australian shepherd, Holly, seized for the first time.

She was lurking at my side in the kitchen, hoping for a handout, when her feet began to beat a sudden, rapid tattoo on the floor. At first, I thought she was scratching herself or having one of those “dry humping” sessions she occasionally experiences, but when I looked down, I saw at once that this was something very different, and very, very wrong. Her eyes were wild, and her feet skittered against the floor as if trying to keep her balance on ice. In an instant, she collapsed onto her side, legs and feet pedaling frenziedly. Her jaws gaped, teeth bared and tongue lolling. Saliva ran uncontrollably from her mouth. She stared blindly as her spine arched in an extreme backward curve. Urine sprayed across the floor.

I dropped to my knees and placed my hands on her thrashing body, trying to let her know I was there. “You’re okay,” I babbled, even though I knew she wasn’t. I screamed for my husband, Ed, who was down in the basement.

Although it seemed to go on forever, in reality, the grand-mal seizure lasted approximately forty-five of the longest seconds of my life. In the time it took Ed to rush upstairs, it was already winding down. With our regular vet forty minutes away, he instead called a local clinic and explained what had happened. They said to bring Holly in immediately; they’d be waiting for her.

Seizures are an indication of brain disease and can occur for a variety of reasons. The term epilepsy is applied when more than one seizure occurs, even if over a span of several months.

Canine epilepsy comes in two flavors: symptomatic or idiopathic. Symptomatic epilepsy has a diagnostic root cause such as cancer, stroke, autoimmune disease, liver disease, low blood sugar, toxin exposure, infectious disease, or congenital brain abnormalities. Idiopathic epilepsy has no identifiable cause. Although it may be inherited—and certain breeds seem predisposed to the condition—this need not be the case.

Seizures strike without warning or pattern, and there is no way to determine in advance when they will occur or how severe they will be. They are upsetting to witness, particularly the first time. Despite appearances, the dog is unconscious during the episode and experiences neither pain nor panic, even though their eyes are open and they may vocalize. Duration of a seizure typically lasts less than one minute, though at the time it seems far longer to any human witness. If a seizure episode lasts longer than 5–10 minutes, or occurs more than twice in one day, get emergency care IMMEDIATELY.

It bears saying that any dog which seizes for the first time should be examined by a veterinarian as soon as possible.

By the time we arrived at the clinic, Holly had emerged from the seizure but was far from normal. She panted frantically, racing back and forth at the end of her leash in confusion, always returning to us as if asking for an explanation for what had occurred. Her tongue hung from the side of her mouth like a piece of bologna, flaccid and uncontrollable. She was desperately thirsty and ravenously hungry.

Dr. Mordasky took a brief history, including contact information for our regular vet and details of the seizure, particularly duration and Holly’s behavior before and during the episode. She gave her a physical examination and drew blood for a workup to rule out poison, infection, or problems with her internal organs. The results came back normal across the board.

Since this was Holly’s first seizure—and might, with luck, remain her only one—it was decided not to place her on medication at that time. Seizure meds are incredibly strong and carry many side-effects, not the least of which can be damage to the liver over time. In the event of further episodes, we were encouraged to keep a “seizure log” specifying date, time, duration, and behaviors.

We took Holly home, bathed her to wash off the dried saliva and urine, and watched her carefully, flinching every time she made an odd movement. For almost a month, nothing happened. Then, on September 8, came the second seizure. This one was shorter than the first—a “mere” 15 to 30 seconds—with similar behavior afterward. It occurred to me that both occurrences had coincided with her having been given heartworm medication approximately 24 hours earlier. I called our regular vet to get her opinion. Dr. Gamble felt there was some plausibility to the idea, so we opted to change her heartworm medication and wait another month to see what, if anything, would occur. On September 25, Holly experienced the third seizure, but we believed it might be a residual effect from the previous heartworm meds, so again we waited. However, on Dr. Gamble’s recommendation, I made an appointment for a neurological consult at Tufts University’s Foster Hospital for Small Animals.

Three weeks passed without event. Our hopes rose that we had found the solution to the problem. On October 20, neurologists at Tufts evaluated Holly’s behavior, coordination, reflexes, and nerve function. Based on her glowing results, and because idiopathic canine epilepsy most often strikes dogs between the ages of 1 and 3, they determined that her seizures were likely structural in origin, meaning that they were the result of a tumor or stroke rather than an overall systemic condition such as organ disease, endocrine abnormalities, low blood sugar, etc. An appointment was made for a follow-up MRI and spinal fluid tap on November 3.

Much to their surprise, Holly came through with flying colors. Dr. Scoda, the neurologist in charge, went so far as to describe the brain images as “beautiful.” Without an apparent underlying cause for the seizures, we were left with a diagnosis of idiopathic epilepsy. Because Holly had not had a seizure in almost five weeks, the decision was made to continue to hold off starting her on meds.

“Frankly, we’re surprised she hasn’t had another seizure,” Dr. Scoda said. She smiled encouragingly. “Maybe she’ll be one of the lucky ones who beat the odds.”

Unfortunately, luck wasn’t on our cards. On November 6, Holly experienced her fourth seizure. Two days later, she had another, this one longer and stronger than all the rest. That evening, she received her first dose of Zonisamide.

Antiepileptic drugs are a lifelong therapy whose goal is to reduce the number and severity of seizures. Unfortunately, they cannot be eliminated entirely, and breakthrough episodes are to be expected. These drugs are not “one size fits all,” and it may take time to determine the dosage that best fits the needs of your pet. You should never discontinue antiepileptic medication without first consulting your veterinarian. Doing so could endanger the life of your pet.

It’s now been nearly a month since Holly’s last seizure. We continue to deal with a plethora of drug side-effects—lethargy, muscle weakness, anxiety, occasional loss of appetite or vomiting, and periodic soft stool—but we’ve been assured that these should pass in time, allowing her to return to her “usual” self. That’s in quotes because the reality is that Holly will never be quite who she was before this began. She forgets commands and sometimes displays a lack of confidence she never exhibited before, but she is still our dog, and we love her. We will walk this road together.

Things to remember if your dog has a seizure:

* See your veterinarian as soon as possible. If the seizure lasts more than five minutes or your pet has more than one episode in a 24-hour period, seek emergency help immediately.

* Be proactive. This is a frightening time, but knowledge is power, and you should view yourself as part of your pet’s treatment team. Talk to your vet and/or neurologist and ask questions. They should be open and willing to discuss treatment options and any other concerns you may have.

* Do research, but be skeptical of anything which makes exorbitant claims. When in doubt, ask your veterinarian to weigh in. Under no circumstances should you pursue a course of treatment for your pet without first checking its validity with your pet’s doctor(s).

* If you and your vet decide to put your dog on medication, do not stop using it without first discussing this with your vet. To do so could injure—or even kill—your pet.

* Continue to keep a seizure log even if your dog is not experiencing seizures. Note any unusual behavior.

* Keep all vet appointments, and have your pet seen at least once a year for follow-up.

* Lastly, remember that most dogs will have far better days than bad ones, so enjoy those times with your pet.

“Canine Epilepsy: A First Experience Out of the Blue” 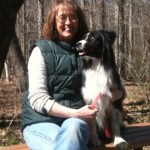 Melissa Crandall writes “whatever needs writing.” She is the author of three media tie-in science fiction novels, numerous fantasy short stories, and several essays and blog posts. Her most recent work appeared in Tricks and Treats: A Collection of Spooky Stories by Connecticut Authors and Chicken Soup for the Soul. Her latest book, “The Man Who Loved Elephants”, tells the true story of 30-year zoo veteran Roger Henneous. The book is currently being offered to editors.

You can find Crandall at www.melissacrandall.com, as well as on other social media.

Has your dog experienced Canine Epilepsy?

3 thoughts on “Canine Epilepsy: A First Experience Out of the Blue”