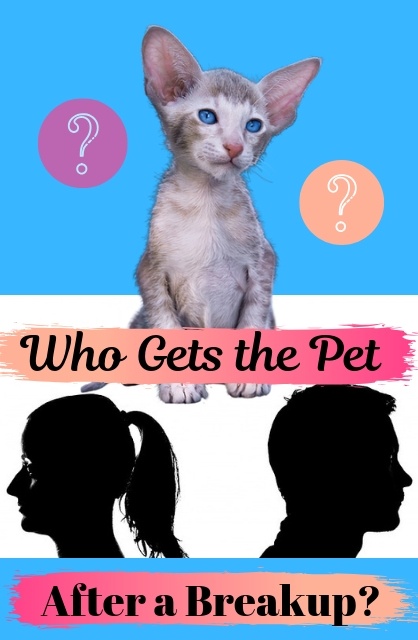 Who Gets Custody of a Pet After a Breakup?

So, who gets custody of a pet after a breakup? Do you think you’d let your boyfriend visit the shared pet if you broke up? If you said yes, then you agreed with 78% of exotic pet owners who were asked how they’d respond in one such hypothetical situation.

It turns out, however, that when the breakup is not hypothetical but very real, responses change dramatically. When posed to former partners, that same question garnered only 21% of yeses.

ExoticDirect asked those two questions as part of two separate surveys totaling 500 people. The aim was to understand how couples handle pet ownership in a breakup.

And when pinned up against one another, the two surveys suggest that most couples underestimate the effect that a breakup would have on them, overestimate how polite the breakup would be and fail to account for the possibility of their partner having different preferences to theirs.

Sadly, this often leads to one person’s relationship with the pet disintegrating or becoming severed altogether. Which raises the question, is getting a pet with a partner a good idea at all?

It is true that shared pet ownership can be an excellent precursor to becoming parents and can even solidify your relationship.

In fact, according to one US study in 2013, having a pet together turned out to be a better indicator of whether a couple stayed together than having a baby together.

This is because having a baby can often be considered a “constrained commitment,” which is characterised by a moral sense of obligation, while a pet indicates a “dedicated commitment,” which is a hallmark of stable romantic partnerships – where both partners have no other reasons to be with each other than because they want to.

However, for the couples that don’t work out, in addition to all other complicated decisions that need to be made when separating, they are also faced with the matter of who gets to keep the pet.

And while one of the main factors that couples consider is who bought the pet, according to our surveys, 59% of couples get their shared pets while living together.

In addition to a shared income, which many long-term co-inhabiting partners have, this could make determining the “rightful” owner a quarrelsome matter. And if a decision can’t be reached, the pet might have to be rehomed as 10% of owners in our survey said they have done or would do after a breakup.

The good news is that for couples who part on good terms sharing a pet might be possible. In fact, that’s what 7% of our survey respondents reported they did after they broke up with their partner.

Caution is advised, however. Some pets, like rabbits, for example, would not fare well when split between two homes and others like snakes and lizards, who require a carefully regulated environment to thrive, need bulky items like vivariums and all the associated equipment. These would be very tricky to transport without significant disruptions to their habitat.

Many pets need a stable living environment to thrive, which means that allowing the pet to live with one owner, and allowing the ex-partner to visit, might be the best thing to do, thus reducing emotional pain felt by both the pet and the ex-partner.

But judging by the 34% of owners that reported that they do not let their ex visit the pet, and the 45% that said their ex doesn’t want to visit the pet, that might be easier said than done.

More often than not if an ex doesn’t get to see the pet it is because the relationship didn’t end well. In those scenarios, the relationship has usually disintegrated to such a degree that at least one, if not both, former partners do not want to see each other.

More trivial reasons are one partner has moved too far or is not interested in the pet.

Related:
Responsible Pet Ownership, Because Animals are People Too

But either way, the reality of breaking up and deciding who gets the pet proves to be very different to the expectations people have, which means you might have to give the idea of getting a pet together some extra thought before you do.

Not only might it make a breakup messier, but it could even keep you in an unhappy relationship for longer, as a 2017 study reported.

So, should you get a pet together and if so is there a right time? There’s no definitive answer and as much as we like to think we know how we’d react until it actually happens, we never really do.

A break up involving a pet, whether two months into ownership or several years, is very individual.

“Who Gets Custody of a Pet After a Breakup?”

ExoticDirect offers pet insurance for large and small birds, lizards, tortoises, small and exotic mammals and birds of prey. You can get a quote here. Insurance cover is only available in the UK.

Have you had to deal with the issue of who gets the pet after a breakup? What did you do?