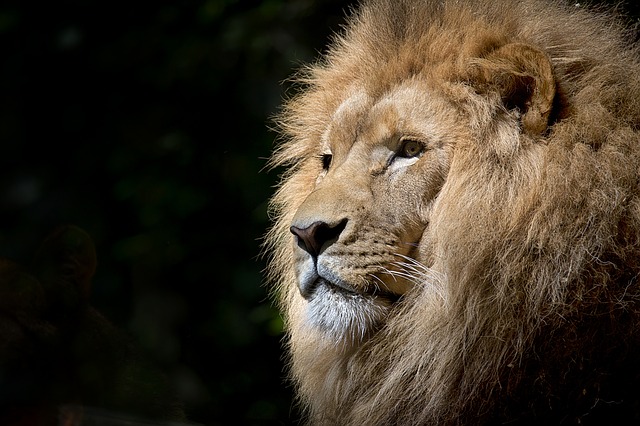 Famous African Animals That Have Left Their Footprints

One of the most significant reasons people go on safaris is the animals. Getting to see the majestic African beasts in their natural habitat is one of the most precious memories a person can make in their lifetime.

Unfortunately, poaching has significantly reduced the numbers of the some of these majestic African animals. According to various statistics, including the African Wildlife Foundation, if the current poaching rates are kept up, rhinos, elephants and other African wildlife may become extinct within our lifetime.

Today, we’re going to take a look at four famous African animals that have left their print on the world, but who have been taken from us too early.

The black rhino is a critically endangered animal, which means that there is pretty much only a handful of them out there. Wozani was a black rhino male that wandered from the Kruger National Park in South Africa and was shot to death by poachers. They took parts of his foot, his tail, and his tusk.

Wozani is believed to have strayed from the park in search of his beloved mate, Busa, that had been killed by poachers a month before his death. Wozani was beloved by many, and what made him endearing was his cute face that looked as if he was getting ready to plant a big, wet kiss on someone’s face. Just look at that sweet face!

Did you know that in 2014, a permit to kill one of the 18 black rhinos that Namibia considered past their prime and a threat to younger rhinos was sold for $350,000? Apparently, the money went to fund anti-poaching efforts in Namibia. A bit ironic, isn’t it?

Huberta is one of the most famous animals in the history of Africa. Her strange name comes from the fact that people thought she was a male and called her Hubert. But following her death, it was revealed that she was a female, thus Huberta.

What made Huberta famous and loved by many was her journey. In November 1928, she decided to leave her familiar surroundings and head towards the Eastern Cape. She traveled for three years, a total of 1,000 miles (1,600 km), becoming a symbol of hope and perseverance.

Nobody knows why she up and left, maybe it was to look for a mate or to retrace the steps of her hippo ancestors, but what people do know is that her journey inspired many. Often the tales of African animals end on a sad note, and Huberta’s story is no different. Even though she was declared a “Royal Game” which made it illegal for hunters to kill her, she was still shot to death by poachers in 1931.

It’s hard to imagine killing a majestic elephant for its tusks, but sadly, this happens so often that it is threatening the elephant population. After having roamed Kenya for 45 years, Satao, an African elephant with tusks so big that they almost reached the ground, was killed in 2014, his tusks were taken from him, and his face was mutilated to avoid identification.

In 2013 alone, over 20,000 African elephants were slaughtered for their tusks. Ivory sells for several thousand dollars per pound, and Satao’s were estimated to weigh around 200 pounds (45 kg).

Here is the heartbreaking statement that let the world know of Satao’s death: “It is with enormous regret that we confirm there is no doubt that Satao is dead, killed by an ivory poacher’s poisoned arrow to feed the seemingly insatiable demand for ivory in far off countries. A great life lost so that someone far away can have a trinket on their mantelpiece. Rest in Peace, Old Friend, you will be missed.”

Cecil, the lion, was one of the most famous lions on the African continent. It lived in Zimbabwe’s Hwange National Park, where he was admired and protected. Cecil was born in 2002, and on July 1st, 2015, Walter Palmer, an American dentist and big-game hunter killed him with a crossbow, after having lured him out of the park. Palmer allegedly paid a whopping $50,000 and was helped by two locals to track and hunt Cecil, a Southwest African lion.

The news of the murder went viral, and the outrage helped add two subspecies of the lion to the endangered species list. As a result, American hunters will have a much harder time killing those types of lions, including Cecil’s subspecies, the Southwest African lion.

Walter Palmer walked away a free man after having killed Cecil, and the government of Zimbabwe even mentioned that he is welcomed back in the country but as a tourist and not a hunter.

Guest Writer: Cristina Costea is a writer for BookAllSafaris.com. She is a passionate traveler, cat aficionado, and novice writer.

Have you ever gone on an African Safari? I would love to! Wouldn’t you?