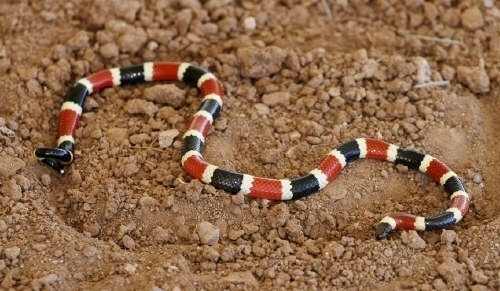 From Indiana Jones’ famous pronouncement, “I hate snakes, Jock! I hate ’em!” to myriad other negative depictions of snakes in film and books, American culture spreads a blanket of fear over this diverse group of reptiles. Everyone should be wary of snake species that can cause serious injury, and more generally, give all wild animals a wide berth and due respect. If people are unable to identify harmless snakes vs dangerous snakes, then more of us will be unnecessarily fearful of the outdoors and many of these interesting reptiles will be killed out of ignorance rather than necessity.

In the United States, 4 distinct snake species are venomous and cause injury, very rarely death, for a person who is unlucky enough to get bitten. Here are ways to identify these snakes and what you can do to reduce your risk of running into them.

On the Lookout for Rattlesnakes

One of the most dangerous but, luckily, most recognizable type of snake is the rattlesnake. In North America, the snake bites reported are most commonly from rattlesnakes. Rattlesnakes have triangular heads, are light tan to brown in color, have knobby or horny scales, and have signature rattles on their tails that they shake to make a fast, dry rustling noise when they are threatened. They are not easily confused for other snakes, but baby rattlesnakes can be misidentified because their rattles are much smaller and quieter. When hiking, keep a lookout in rocky areas and brush. If you hear the rattle, stop moving and identify where the sound is coming from. Slow movements away from the source of the noise can prevent you from being attacked.

According to the Virginia Herpetologist Society’s website, the copperhead is another common venomous snake in the US. As juveniles and adults, copperheads are light brown to dark, with a pattern that resembles an hourglass. Their heads are brighter copper, lighter brown, or even pinkish. The copperhead and cottonmouth, another venomous snake to be described shortly, are both born with bright yellow tails. A good rule of thumb is when you see a snake with a yellow tail, you should steer clear and move out of the area as quickly as possible.

Coral snakes are often confused with non-venomous types like king and milk snakes. You might have heard the familiar rhyme, “Red touch yellow, kill a fellow. Red touch black, friend of Jack.” This refers to the red, black, and yellow bands on these types of snake. Coral snakes have red and yellow bands touching, while king snakes have only red and black touching. The king and milk snakes have smaller, oblong heads. Coral snakes are skittish and there aren’t deaths on record as a result of their bites. Never approach any of these types of snake, but be especially careful after identifying the coral snake.

As mentioned above, juvenile cottonmouths will have a distinct yellow or yellow-green tail. They can range in color from black to green and have a light stripe on the side of their head. They have elliptical pupils. They can look like harmless garden snakes, but non-venomous snakes will have a spoon-shaped head rather than a triangular one.

In summary, avoid snakes with triangular heads. The shape is a result of the venom glands. Also look for the signature cat-like or elliptical pupils, which is a signature of venomous snakes. For more information, check out publications from The American Society of Herpetologists and easy-to-use guides such as U.S. Guide to Venomous Snakes and Their Mimics. 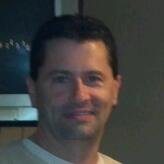 Author Bio: Joe Felegi is currently a dedicated chair member of the NPMA Wildlife Committee. He earned his Bachelor of Science degree in Wildlife Management from Slippery Rock University. Joe has two years of experience from the National Park Service, as well as 25 years of experience as a franchisee owner. Previously a board member and VP of the company, he currently serves as president of Critter Control of Florida and overseer of all five franchisees. Joe is also the Regional Director of the National Wildlife Control Association (NWCOA), and a Franchisee Advisory Committee Chairman.