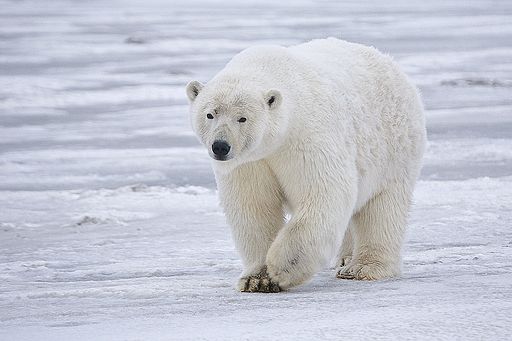 International Polar Bear Day  is organized by Polar Bears International to raise awareness about the impact of global warming and reduced sea ice on polar bear populations. This day encourages people to find ways to reduce their carbon output, such as by turning down their thermostat or driving less. The day has also been used to encourage the installation of energy efficient insulation in houses.

Natural Home of the Polar Bear

Few of us will get to encounter the regal beauty of the polar bear in the wild – and maybe it’s for the best, seeing that the creatures have no fear and are surprisingly nimble on their feet! It would be quite intimidating to come face to face with a 2.5 meter, 680 kilo (8 foot, 1,500 lb) bear in the snow. Of course, if you live further North – for example in Churchill, Manitoba (known as the polar bear capital of the world), through which the bears move with the change of the seasons – you’re more likely to spot one. But polar bears are quite anti-social beasts, leaving the family at just two years old (they live to around 30 years) to hunt and dwell alone. It’s just one reason why it’s not good to support their captivity in zoos.

Indeed, they have a pretty good take on their natural habitat. Although global warming is starting to make things more difficult for them, polar bears are adept at using floating ice to reach their quarry: a tasty seal for dinner! They have the thickest fur of all bears, and a thick layer of fat to both keep them warm and help them to float. Evolution has truly shaped these remarkable animals to survive in environments that only our bravest or most foolhardy explorers frequent.

Just as the sea gets its blue color from the sky, the polar bear is not actually white – but has transparent, light-reflecting fur to disguise the black skin underneath. This just adds to their hunting prowess (as well as the fact that they fear no other creature). Of course, if you know what you’re looking for, you can still pick them out from one of Churchill’s purpose-built tundra vehicles or wilderness lodge, making it an ideal place to witness this phenomenon in its natural home.

Until that lucky day, you can swot up on more polar bear facts using this new infographic guide to the biggest carnivores on the surface of the planet. And they look so cuddly!

36 Amazing Facts About the Polar Bear

36 Amazing Facts About the Polar Bear, courtesy of Travel Manitoba

“The Natural Home of the Polar Bear” 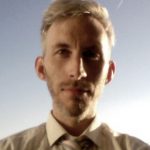 Guest Writer BIO:  G. John Cole is a digital nomad and freelance writer. Specialising in leadership, digital media and personal growth, his passions include world cinema and biscuits. A native Englishman, he is always on the move, but can most commonly be spotted in Norway, the UK and the Balkans.

NOTE: International Polar Bear Day  is organized by Polar Bears International to raise awareness about the impact of global warming and reduced sea ice on polar bear populations. This day encourages people to find ways to reduce their carbon output, such as by turning down their thermostat or driving less. The day has also been used to encourage the installation of energy efficient insulation in houses.

What is the favorite thing you learned here today about Polar Bears?