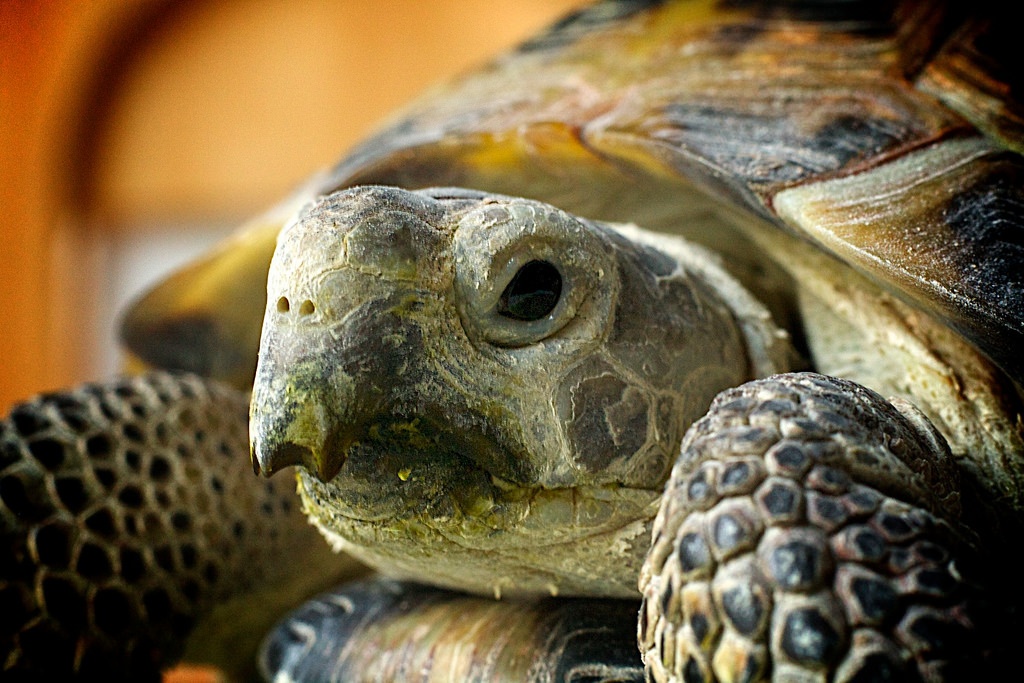 Russian Tortoises are terrestrial animals that belong to the turtle family (Testudinidae). They have been present on earth for 200 million years and have one of the longest lifespans, known to live longer than 150 years. Tortoises can be found on all continents except Antarctica and Australia, and are also believed to be found on most of the islands.

Tortoises live in a variety of habitats. The shells on their body work as a protective shield. The bony portion of the shell is covered with plates that offer extra safety and protection. There are many varieties of Tortoise which can be categorized on the basis of their size, habitat and food.

Russian Tortoises are a small-sized animal, reddish brown and black in color. They are herbivores in nature and their diet comprises leafy greens, weeds and flowers.

A QUESTION FOR YOU: Do you have a turtle or tortoise at home? Tell us about it. What did you name it and how old is it?