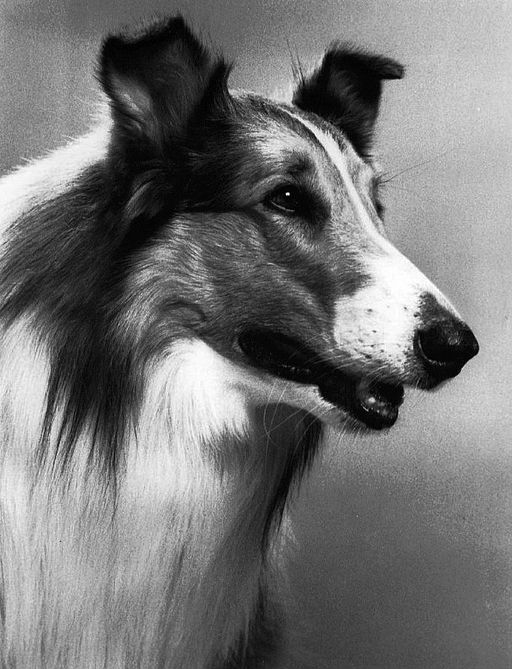 The Story of Lassie

Often times, when it comes to certain items and objects, one brand stands out the most. For example, most people refer to a cotton swab as a Q-Tip or tissues as Kleenex, even if you’re not referring to that particular brand. When it comes to the subject of dogs, in particular Collies, Lassie is the first thing to come to mind. Almost everyone has heard of Lassie, even though Lassie originated in the early part of the 1940’s.

Within the span of close to 70 years, Lassie has generated 12 movies, 13 different roles in both television series, cartoons and even cameo appearances on shows such as “Whose Line is it Anyway?”. Lassie has also been the focus of many novels and stories, toys and other branded merchandise. In 2005 Variety named Lassie one of the “Top 100 Icons of the Century” being the only animal to make the list. Yet, for how well-known the story of Lassie is, there are few who know the actual origins of this brilliant collie.

One of the first appearances of Lassie was in the 1859 short story, “The Half-Brothers” written by the British writer Elizabeth Gaskell. Gaskell’s story depicted Lassie, a female collie, with “intelligent, apprehensive eyes.” As the story goes, two half brothers are lost and dying during a snowstorm. The elder brother ties his handkerchief around Lassie’s neck to send her home. In true Lassie form, she gets the attention of the half-brother’s family, leading the search party back in time to save the younger brother. In a single stroke, Gaskell has not only created the story of Lassie, but also developed the plot to every episode of Lassie to come.

Another version for the origin of Lassie, comes from the writer Nigel Clark, who in his story, “Shipwreck Guide to Dorset and South Devron” tells the story of Lassie, who is only half collie, saving the life of a shipwrecked sailor during World War I. When the “Formidable” a British battleship was torpedoed by the Germans, a life raft with several bodies of deceased sailors had drifted to shore. In efforts to help during this crisis, a local pub opened it’s cellars as a mortuary to house the sailors. When the owner of the pub’s collie, named Lassie, had snuck down to the cellar, she began to warm one of the bodies of a sailor thought to be deceased. When he began to stir, he was brought to the hospital and made a full recovery. While the sinking of the Formidable was a devastating blow to the British war efforts, the story of Lassie spread like wildfire.

It wasn’t until 1938 that the fictional character of Lassie was fully envisioned. Originally written as a short story, English American writer Eric Knight, published the tale of Lassie in the Saturday Evening Post and then went on to write a full length novel in 1940. The story tells the heartwarming tale of Lassie being reunited with her family after being sold for desperately needed money during England’s depression. It was this novel that originally inspired MGM to create the film, “Lassie Come Home” and began the saga of Lassie that we all know and love today.

8 thoughts on “The Story of Lassie : Iconic Collie Dog”