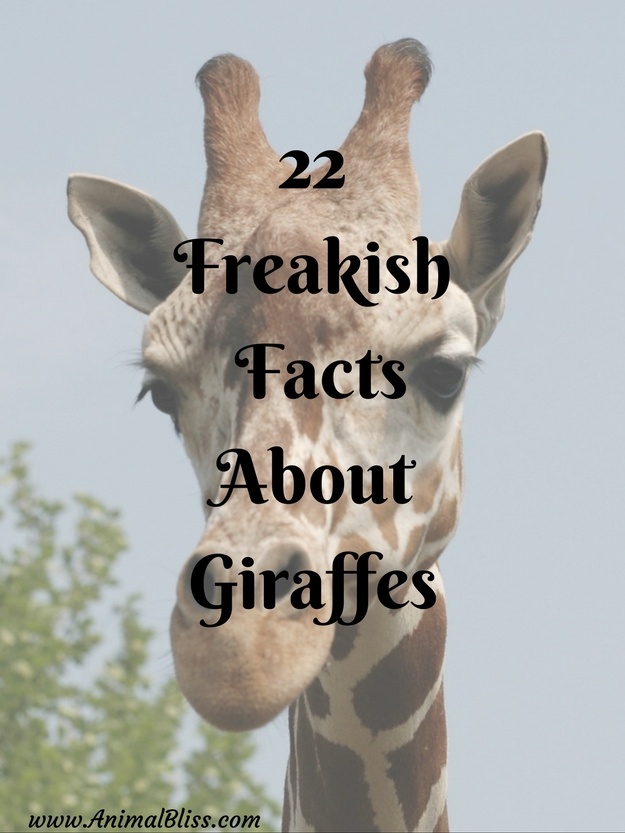 I hope you’ll have as much fun learning these 22 freakish facts about giraffes as I had putting them together for you.  I’m sure you already know that giraffes are the tallest land animals. But did you know…???

3.  The back legs look shorter than the front legs, but they are about the same length.

6. The average length of a giraffe’s tongue is 20 inches, and they can grab things with it.

7.  Their tongues are black to prevent them from getting sunburned. They stick their tongues out that much.

8.  Male giraffes will use their extraordinarily long tongues to taste the pee of female giraffes to determine if they’re ovulating.

9.  Female giraffes are pregnant for 15 months.

10.  Giraffes sleep a maximum of two hours a day, and usually for under 10 minutes at a time.

11.  Giraffes have been recorded KICKING LIONS.

13.  Giraffes give birth standing up, which means the first thing a baby giraffe experiences is a six-foot-drop onto the cold, hard ground.

14.  Giraffes are the only animals born with their horns, which are called ossicones.

15.  Giraffes fight by whipping their heads at each other.

17.  Giraffes walk at ten mph without even trying because their legs are so long.

18.  But giraffes can live without water longer than a camel can.

19.  A giraffe’s blood pressure is twice that of humans and is necessary to keep blood flowing all the way up to their heads.

20.  No two giraffes have the same pattern of spots, but giraffes that live in the same area tend to have similar coats.

21.  Giraffe herds have almost no defined social structure or hierarchy.

22.  The giraffe’s closest relative is the okapi. 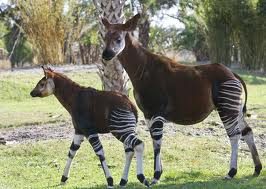