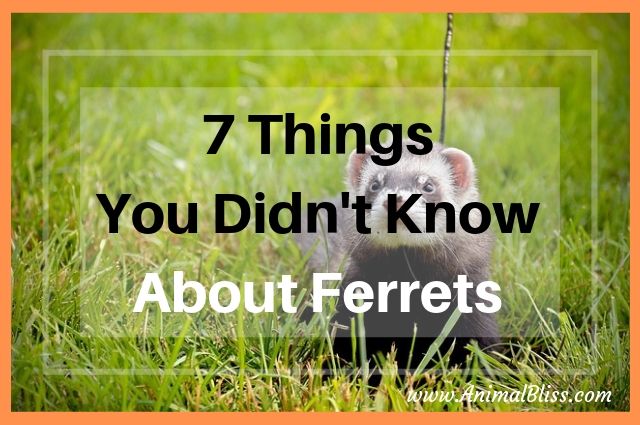 7 Things You Did Not Know About Ferrets

Though the number of ferrets kept as pets is less than cats and dogs, a large number of homes in the United States own pet ferrets. The American Veterinary Association has estimated that the number of households with ferrets in the country is approximately 334,000. Although ferrets may stink a little, most people who keep ferrets as pets adore them. Any person or family who is planning to get a pet ferret should be aware of their following characteristics so they can take proper care of them. The following facts may be a few things you did not know about ferrets.

7 Things You Did Not Know About Ferrets

When ferrets are born, they are incredibly tiny and will fit in a teaspoon. The newborn ferret will weigh approximately 6 to 14 grams. Even after a week, they remain small and can be carried in the palm of your hand. Hence, the ferret should be handled carefully. However, the ferret will grow rapidly and reach a size of approximately twenty inches and weigh up to one pound.

Ferrets are nearsighted, and their eyesight is poor. Therefore, they may run into the walls and furniture of the house where they are being kept. Ferrets have a good sense of smell and navigation, which they use in the wild to find their way around. On Small Animal Channel, veterinarian Mark Burgess confirmed that the ferrets could only see things which are a couple of feet ahead of them and their perception of depth was quite poor, which explains their clumsiness. He said that ferrets are not very well coordinated.

3. Ferrets have been trained to work for humans

For many centuries, ferrets were trained and used by humans for various activities since they are hardworking. Earlier, they were used for hunting rabbits and other vermin. However, the most interesting application for these animals is running cable wire between two points. Since ferrets are small in size, they can easily travel through narrow spaces, especially underground. This ability is used by large companies and organizers of large events.

For the Millenium Concert held in London, ferrets were used to lay underground cable in Greenwich Park. Ferrets were also used in Buckingham Palace when new wires were required to be laid for the wedding of Princess Diana and Prince Charles. The airplane manufacturer Boeing at one time was using the ferrets for wiring in its aircraft.

The Fermi National Accelerator laboratory had a Meson Laboratory with 300 feet of vacuum piping which was inaccessible using any conventional means. Hence, in the 1970s, the lab was using a ferret called Felicia for the cleaning of the pipeline.

Related:
How to Care For Your Ferret

Like other weasels, ferrets will puff up their tail, hunch their backs into an arch, and hop around when they are excited, which is called a “war dance” by animal lovers. In the wild, this behavior can confuse their prey, making it easier for the ferret to catch them. Pet ferrets also behave in this manner when they are playful or wish to enjoy themselves. Ferrets will also make clucking sounds, which are called “dooking.” They may even lose their balance when they are dancing in this way and bump into objects.

Compared to other mammals, ferrets go into a very deep sleep when they are motionless, and their bodies become limp and do not respond to any sound or touch. On the Channel specializing in small animals, Veterinarian Mike Dutton confirmed that since the ferrets play very hard, they require a deep sleep to recover from all their hard work.

6. Ferrets can be trained

Ferrets are considered intelligent animals and quick learners, so they can be trained to perform various activities. Ferrets can be taught to sit, shake, and can be taken out for a walk after putting them on a leash. They can also be taught how to use a litter box.

The ferrets like to play with packing peanuts made from styrofoam, and there are many videos available of them playing with this packing material. However, it is recommended that only biodegradable packing peanuts be used.

Based on the above information, ferrets are intelligent, lovable, and hardworking pets, which can be trained to do different types of work.

“7 Things You Did Not Know About Ferrets” 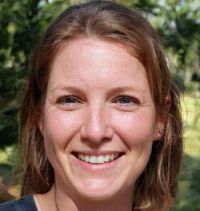 Guest Writer: Emilee Pace lives in Croatia, is 35 years old. She loves ferrets, and she wants to show others how ferrets are cute animals and perfect pets.

Visit Ferret Voice to discover more fun things you did not know about ferrets.

Do you have a ferret or ever considered getting one? We’d love to hear from you.

2 thoughts on “7 Things You Did Not Know About Ferrets”