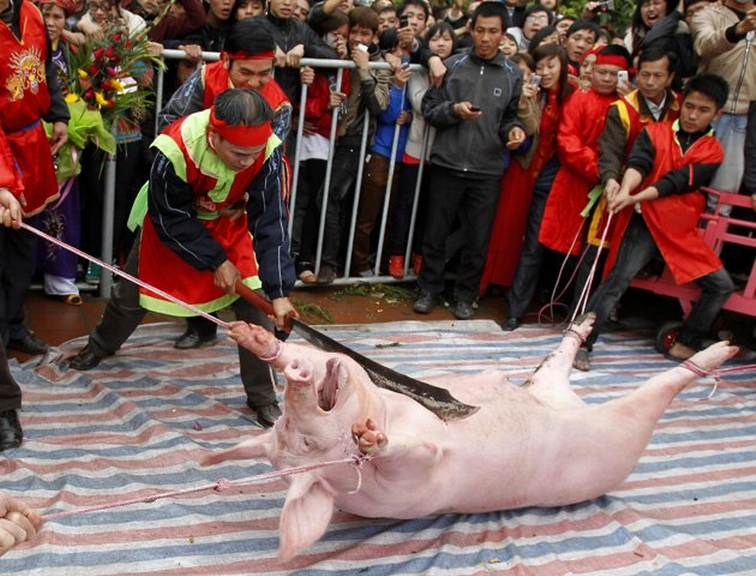 This “festival” involves chopping a LIVE pig into two halves with a sword so that people can smear paper money with its blood, believed to bring prosperity, reproductive ability, vitality and good harvest, according to asian.town.net in the belief that it would bring luck.

Organized by the villagers, this brutal festival is held on the 6th day of the first month of the lunar calendar to worship the village’s deity Doan Thuong, a  general in the Ly Dynasty, who reclaimed this land in the 13th century.

Villagers play traditional music as they take part in a festival at the Nem Thuong village in Bac Ninh, about 40 km (25 miles) north of Hanoi.

A participant hacks the pig with a sword.

Every year, thousands of people from the village and nearby villages will gather to smear the blood of the pig on their banknotes in the belief that it would bring luck in the new year.

The festival is known as the most brutal in the country and is condemned by many, including some who called on the government to stop the festival.

Please speak out against this barbaric tradition by signing our online petition:

Thank you! Occupy for Animals!