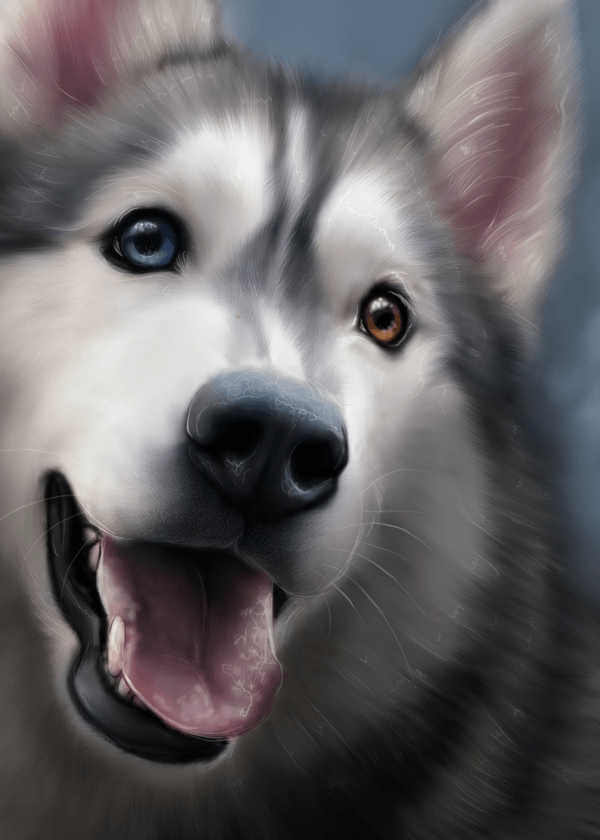 I’m 35, from Michigan, and I have two different colored eyes (note the photograph). The cloud covered eye doesn’t do much besides look cool. 🙂 So I like to tell people that “I can paint with one eye tied behind my back.” 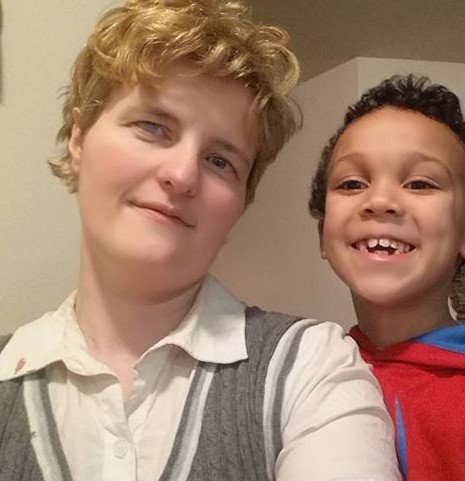 I specialize in fun/interesting portraits. For example, I painted Ziva the Ball Python, three parrots who pick at their feathers, Hanna who lost her nose to cancer, a portrait of a pet Raccoon named Mr. Toomy, and a portrait of a man from Hawaii’s three daughters as if they were horses. The one of his daughters as horses is one of my favorite pieces ever because it was so creative and what a super cool thing for a father to do for his three little girls. 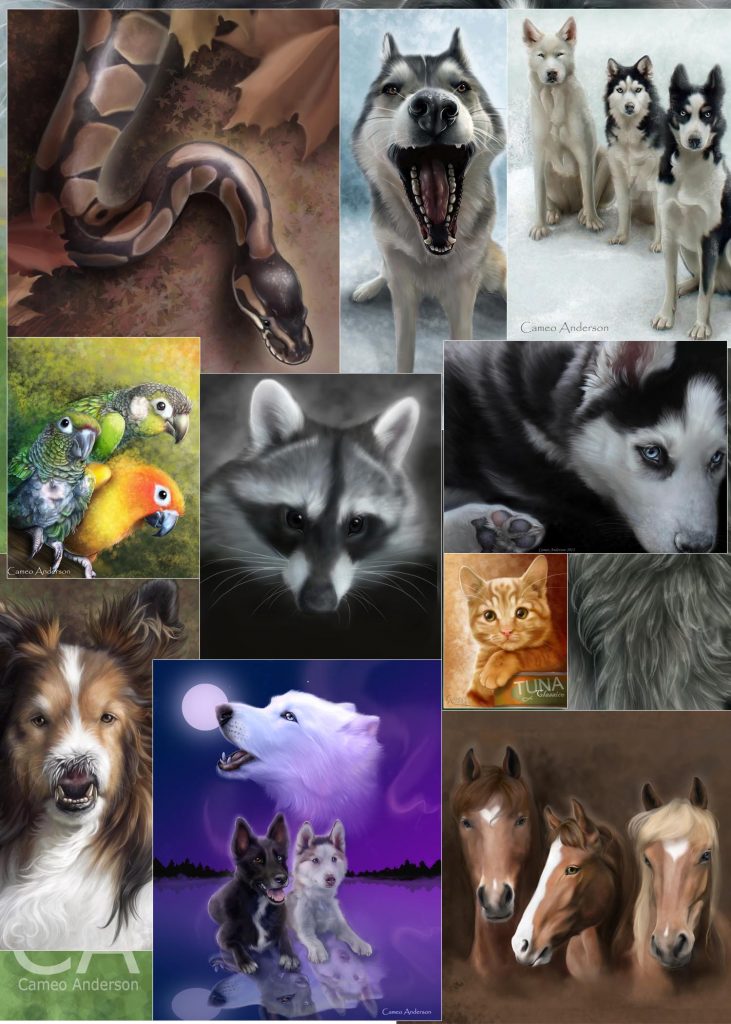 I also like to make my paintings unique in terms of color, layout (sometimes a touch of fantasy), or unique cropping (as the black and white husky painting I included shows). I do big art with lots of detail and I am not afraid to paint any kind of animal.

The paintings are usually done with the aide of an electronic tablet and pen, however, I love to add detail and texture to them with chalk pencils.

I have produced a snow dogs coloring book in cooperation with my sister, Desiree Joy, who also stretches my canvases for clients.

I have been featured on “The Sibe Vibe” as most of my clients commission portraits of their snow dogs. 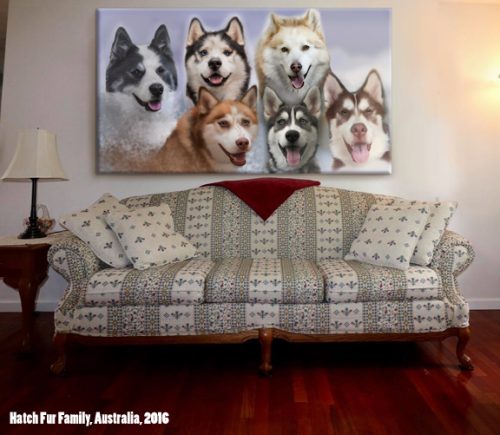 I donate a lot of commissions to various animal rescues (most commonly those for the Siberian husky and other cheeky breeds). Hero the husky (ARA Canine Rescue), first introduced me to the problem of overcrowded shelters. I had no idea how many pets, especially huskies, were tossed by their owners for all kinds of sad excuses (although huskies are a challenge to train and require a lot of exercise), but a pup can be put to sleep just because the owner “doesn’t have time for him” or “moving to a place that doesn’t allow pets.” Frivolous reasons for an animal to pay for with it’s life. So I painted Hero’s portrait and from there got a lot of requests for my work.

I started out working incredibly cheap ($30 a portrait), but now I make much better income from my work. Increasing the value of my paintings means when I donate a portrait now, it earns more for the rescue. So it’s good for me and every dog whose bowl I put food in through my work. So I can sleep much better knowing I’m really helping in a tangible way.

I have 2 huskies, 10 cats, some birds, and some praying mantids. I love all animals. 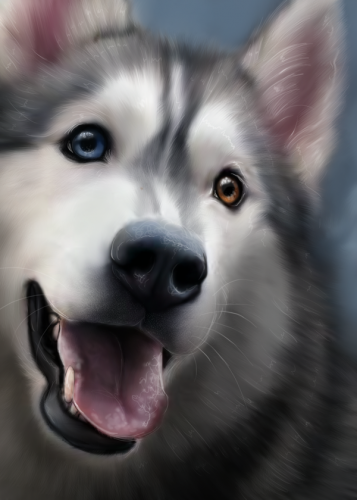 Cameo Anderson specializes in very big paintings. She works with digital + mixed media.  What she adds to the canvas depends on the pet she is painting and client requests. She will paint any animal, from cats and dogs, to snakes and fish. She is known primarily for her snow dogs.

She donates a lot of commissions to various animal rescues (most commonly those for the Siberian husky). She ships canvases worldwide.

A QUESTION FOR YOU: Have you considered having a portrait done of your pet?

Disclosure: Animal Bliss is an affiliate of Dog is Good and will earn a (very small) commission from purchases made through links on this website.
(Coffee money – thank you!)