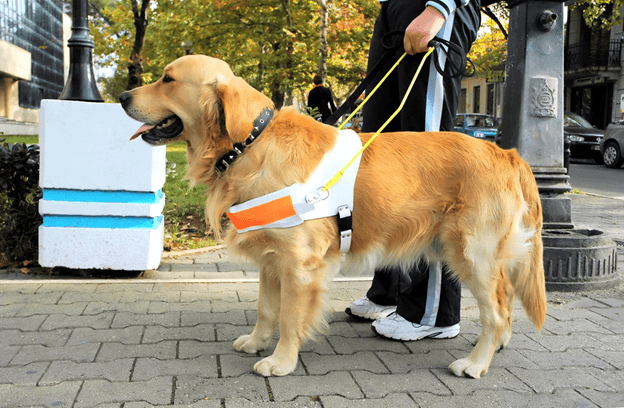 On a recent episode of the popular medical drama Grey’s Anatomy, a patient was admitted whose otherwise docile dog had bitten her armpit. It turns out the dog responded negatively to another person who had cancer. Low and behold, the woman had a form of lymphoma, and it appeared as though the dog was nipping at the affected area.

But this is a fictionalized drama, dogs can’t really detect cancer, or can they?

While dogs themselves can suffer from cancer, both malignant and benign, it appears that their remarkable sense of smell can also sniff out the presence of this dangerous, often deadly disease in humans. Take a look at these two dogs who alerted their owners they were afflicted with cancer, especially in its early, most treatable stages:

Ironically enough, our first example comes from a dog owned by Dr. Claire Guest, a psychologist who was attempting to train her gentle dog Daisy in detecting cancer. At the time, Claire didn’t realize she would be the very first one diagnosed by her beloved dog, Daisy. Similar to the Grey’s Anatomy example given above, her otherwise gentle dog began acting strangely, was overly attentive, and refused to get out of the car one day.

Instead of jumping out as she had done dozens of times before without question, Daisy collided with the doctor repeatedly before prodding Dr. Guest firmly in the chest. After exiting the vehicle and during their walk, Claire couldn’t help wondering why her otherwise docile dog was acting so bizarre. This prompted her to examine the area of her left breast where her dog had struck, and she believed there could have been a lump present.

After The Canine Confirmation

Another doctor confirmed that Claire had a cyst in the exact spot where Daisy had prodded her previously. Following a mammogram and core biopsy, Daisy was told she had breast cancer. She recalls, “The surgeon said I was incredibly lucky for it to be diagnosed so early. It was as deep as breast cancer can be, so by the time I’d felt anything, it would’ve been too late.”

After having her lymph nodes removed and a lumpectomy performed, Claire has been cancer free for over five years and said she owes her life, literally to her dog. In Daisy’s honor, Dr. Guest founded the non-profit organization, Medical Detection Dogs (MDD) back in 2008.  There, canines are trained to be cancer sniffing dogs.

This charity continues to make a connection between humans and canines who can alert their owners of more than just the presence of cancer. Some can notify patients with diabetes that their blood sugar is low, while others can warn an Addison patient they are having a heart attack.

Another Brit swears her dog Paddy sniffed out her breast cancer after she had returned from vacation. When Karin Gibson, a retired school teacher living in Portsmouth, came back after her holiday, she also noticed strange behavior in her otherwise gentle pet.

She called him a “superglue” dog who wouldn’t leave her side, was constantly jumping on her and nudged her breast. She recalls, “I thought, this is weird, and I thought I better get checked over.” Low and behold, following a mammogram and biopsy, it was confirmed that Karin had a tumor. She was diagnosed with a small, but invasive carcinoma growing in her right breast.

Again, found in its early stage, doctors are confident that a lumpectomy and radiotherapy will have Karin back at home with her beloved pooch, Paddy. Even untrained, dogs’ keen sense of smell can be a lifesaver. Take it from these two women, if your pet starts acting weird, and poking you in a specific area, it might be time for a checkup!