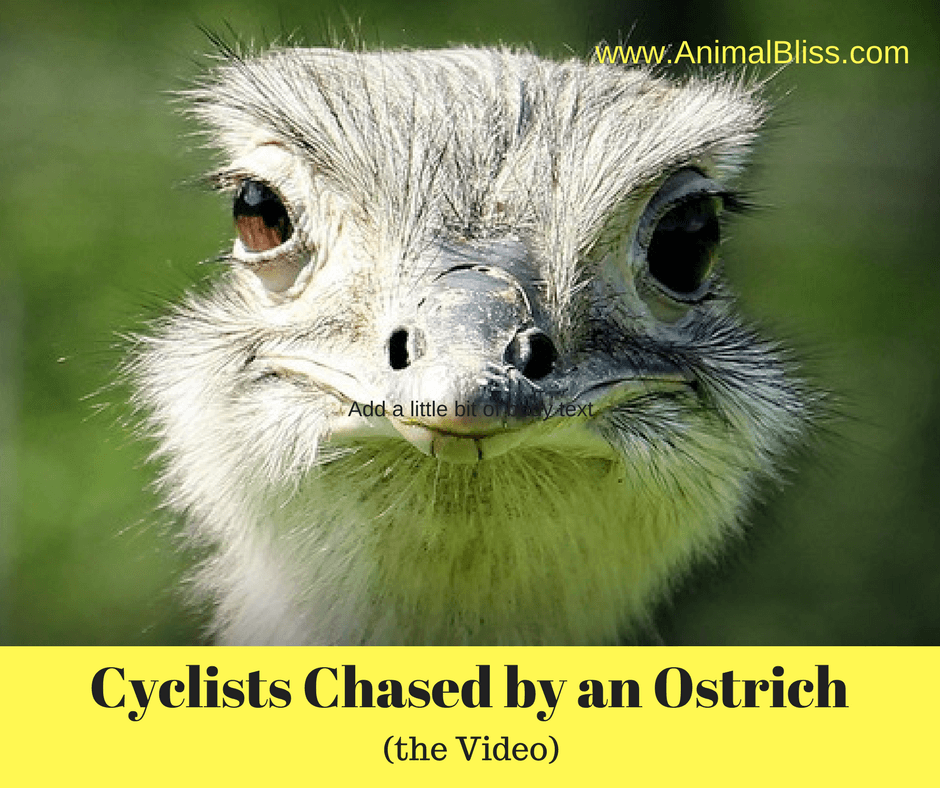 Cyclists are Chased by an Ostrich

Have you ever been chased by a giant bird? This GoPro video is running while two cyclists are chased by an ostrich and it’s hilarious. I don’t know what’s funnier, the ostrich running at race speed, or the laughter of the guy with the video cam. It’s a toss-up.

Seeing an ostrich running so fast down the road would be a sight to see, especially when it’s running up to 50km/h (30mph)! 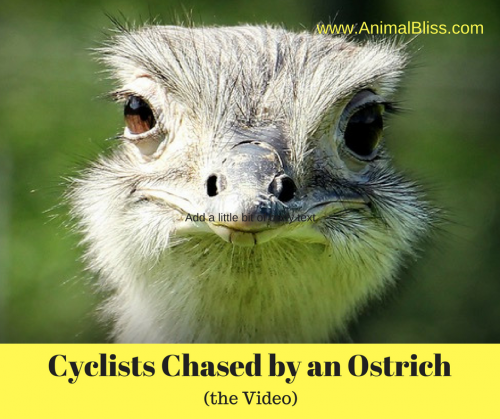 The incident happened on March 5, 2016, in Cape of Good Hope, South Africa. Three guys were cycling down a quiet road when suddenly the craziest thing happened.

Here’s what the guy with the Go Pro had to say, (edited somewhat by me for grammar and punctuation):

“We were on our training ride, around Cape Town, South Africa. The route was following the Cape Argus racing course with a detour to Cape of Good Hope. The road through the [Table Mountain National Park]  was quiet and a little deserted. Suddenly I heard a noise on my left and saw a big ostrich in the bush, most likely a female. In a second her friend jumped from the left and started chasing my friends! I was following behind, almost falling of my bike from laughter. The creature had no problem keeping up at 50km/h! Luckily it stopped chasing us as we were about to run out of road, at it is a dead end at the Cape of Good Hope.” – Oleksiy Mishchenko

Source: Cyclists chased by an ostrich in Africa by ViralHog on Rumble

What a wild and crazy experience. Wow, right?

I don’t imagine this happens every day, but it does happen. Biologist Craig Packer, a National Geographic explorer and professor at the University of Minnesota who studies African Wildlife, says:

It’s possible it was confusing the cyclists with female ostriches, or perhaps it was simply “caught in traffic” along the road. Sometimes animals do end up going along with the flow of vehicles or people for a while, unsure of a safe place to make an exit. – National Geographic

Now that’s a bird. I imagine when cyclists are chased by an ostrich they may be having the time of their life. Or perhaps they’re worried about what would happen if the ostrich caught up. Being so large, ostriches probably pack a wallop of a peck. I wouldn’t know.

Have you had the pleasure of being chased by an animal?

Let us know in the comments below.

Get GoPro on Amazon

Have you had the pleasure of being chased by an animal?

Disclosure: Animal Bliss is a Tether Tug affiliate and will earn a (very small, teeny tiny) commission from purchases made through links on this website.