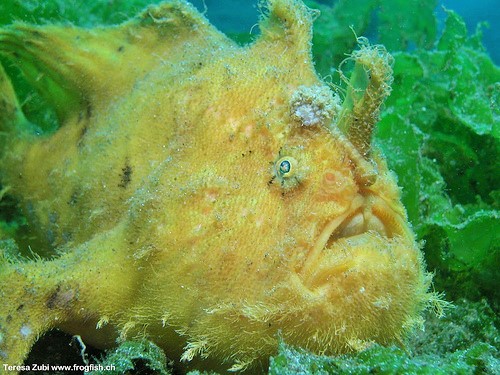 H is for Hairy Frogfish

Hairy Frogfish are a type of anglerfish from the Antennariidae family, found in almost all tropical and subtropical oceans and seas around the world, with the exception of the Mediterranean Sea.  They live near sandy bottoms, by coral reef, sponges, or hiding in trash and debris, generally at most up to 330 ft (100 meters) deep. The greatest diversity of species is in the Indo-Pacific region, with the highest concentration around Indonesia.

H is for Hairy Frogfish – aren’t they amazing?

I hope you have enjoyed, “H is for Hairy Frogfish”


You might also enjoy, “Weird Things About Sawfish – Images and Video“

What did you learn today from Hairy Frogfish Facts?

11 thoughts on “H is for Hairy Frogfish Facts : A-Z Collection of Cool Animals”