The Lord Howe Island stick insect or tree lobster  (Dryococelus australis, is a commonly known species of stick insect which lives on the Lord Howe Island Group. By 1920, it was believed to be extinct, but was rediscovered in 2001. It has been called “the rarest insect in the world”, and the rediscovered population consisted of only 24 individuals living on the small islet of Ball’s Pyramid.

Lord Howe Island, formerly Lord Howe’s Island, is a volcanic remnant in the Tasman Sea between Australia and New Zealand. It is about 6 miles (10 km) between 2.0 km and 0.3 km wide.

As adults, Lord Howe Island stick insects can measure up to 6 inches (15 cm) long, and can weigh 0.88 ounces (25 grams), with females being generally 25% smaller than males.

The stick insects are oblong in shape with sturdy legs. Males have thicker thighs than females. Unlike most phasmids, the insects have no wings, but are able to run quickly.

Their behavior is highly unusual for an insect species. The males and females form a bond; the males follow the females and their activities depend on what the female is doing.

The females lay eggs while hanging from branches. Hatching can happen up to nine months later. The nymphs are first bright green and active during the day, but as they mature, they turn black and become nocturnal.

Reproduction can happen without the presence of males, and this facility has allowed the species to survive when they are low in numbers.

The stick insects were once very common on Lord Howe Island, where they were used as bait in fishing. But they became extinct soon after black rats were introduced to the island in 1918 when a supply ship ran aground. The last one was seen on the island in 1920, and after that the species was thought to be extinct.  In 1964, a team of climbers visiting Ball’s Pyramid, 14 miles (23 km) south-east of Lord Howe Island, discovered a dead Lord Howe Island stick insect. During subsequent years, a few more dead insects were discovered, but expeditions to find live specimens were unsuccessful.

In 2001, two Australian scientists (David Priddel and Nicholas Carlile) thought there might be enough vegetation on the islet to support a population of the insects, and with two assistants traveled to the island to investigate further. At first they only found crickets. However, they did find large insect droppings under a single Melaleuca shrub growing in a crevice approximately 330 feet (100 m) above the shoreline. They decided to return after dark, when the insects are active, to have the best chance of finding living specimens. Using a camera and flashlights, they discovered a small population of 24 insects living among a substantial buildup of plant debris beneath the Melaleuca shrub.

A research team from New South Wales National Parks and Wildlife Service returned to Ball’s Pyramid in 2003 and collected two breeding pairs. One pair was sent to a private breeder in Sydney, Australia. The other pair was sent to the Melbourne Zoo. The insects were successfully bred in captivity in Melbourne.

The goal of this project was to produce a large population for reintroduction to Lord Howe Island, after a plan to eradicate the invasive rats was successful. In 2006, the captive population of insects was about 50 individuals, with thousands of eggs waiting to hatch. By 2008, the population had grown to 11,376 eggs and 700 individuals, 20 of which were soon after returned to a special habitat on Lord Howe Island. As of April 2012, the Melbourne Zoo has reportedly bred over 9,000 of the insects, including 1,000 adult insects, plus 20,000 eggs.

By the beginning of 2016, Melbourne Zoo had hatched 13,000 eggs, and had sent eggs to the Bristol Zoo in Europe, the San Diego Zoo in the United States, and the Toronto Zoo in Canada to establish distinct insurance populations. 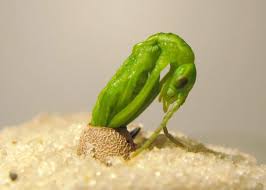 What forms of wildlife would you be more interested in reading about?