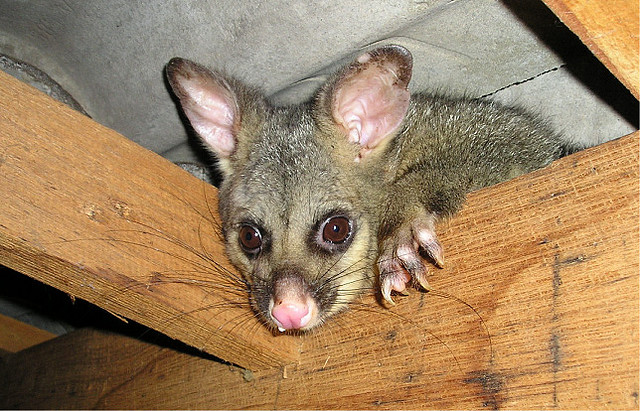 Summer is here, and wild animals are more likely to be seen and heard at closer range than we’d like. Sometimes unwanted animal visitors create havoc around your property or in your home, which makes them quite a nuisance and not-at-all welcome. This just might be the time to learn about how to live trap a wild animal the humane way. 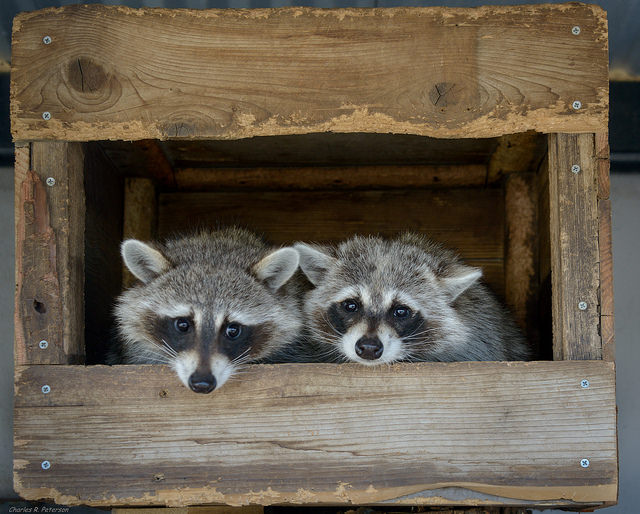 You may need to have the animal vacate your premises for safety’s sake — it’s and yours. Maybe the animal is dangerous or may be causing unsanitary conditions, especially if you have young children around.  Or they may be ruining your garden or destroying your eaves.

There comes a time when you can’t ignore the problem, and you have to do something about it. You could find a way to kill it — poison it perhaps, or shoot it, but I hope you won’t go this route.

Two questions to ask yourself before attempting to trap an animal are:

If the answer to either of these is no, consider hiring a professional who is better able to meet these ends (see Hiring a Wildlife Damage Control Company for information).

First, you have to know what the problem is, exactly. You have to know the size and type of animal you’re dealing with.  Is it a tiny rodent making nests in your attic?  Perhaps it’s a groundhog digging tunnels on your lawn, or a larger raccoon rummaging through your garbage cans. It could be a feral cat or a stray dog, or it could even be a skunk or possum.

Once you know the size of the animal, you can [amazon_textlink asin=’B0000AVWMX’ text=’start shopping for an appropriately-sized live trap’ template=’ProductLink’ store=’animalbliss-blog-20′ marketplace=’US’ link_id=’4c7efe51-e5ae-11e6-93e6-a1a7598af462′]. The trap should be large enough to fit the animal inside, but small enough that the animal doesn’t have too much space to move around.

Live animal traps vary not only in size, but also in the number of doors, ease of use, and other helpful features. To learn more about the different traps available, read about the various Trap Types at the Havahart website.

Where to Put Your Live Trap

The best place to put your trap is outside of its hole or den, if you know where that is, or in an area where you see it appears most often, such as near your garbage cans.  Make sure it’s on a flat surface so that the animal can’t tip it over once it’s trapped and injure itself.

You’ll want to use food to lure the animal into the trap and position the bait in such a way that the animal will be forced to step on the live trap trigger plate, which will, in turn, shut the trap door and safely trap the animal inside.

You might have to try different foods, depending on the animal. Do some research to find [amazon_textlink asin=’081173417X’ text=’animal-specific instructions and trapping tips’ template=’ProductLink’ store=’animalbliss-blog-20′ marketplace=’US’ link_id=’9905e77e-e5ae-11e6-847e-9dbaa034db49′]. 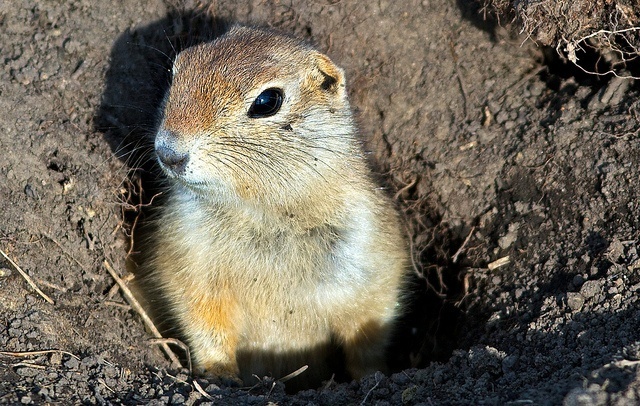 Once you have your trap, read the instructions on how to set it correctly. Anchor the trap, so it won’t tip over or misfire when the animal enters—an animal will not enter a tipsy trap, and misfires teach it not to try and enter again. Anchor the trap with a cinder block or other heavy object placed on top, or you can wire or clamp the trap to a stable object.

You want to trap the animal humanely, remember, and the longer it’s trapped, the more it will become anxious, scared, and hungry. So check your trap frequently and release as soon as possible.

After an Animal is Trapped

Once you have captured the animal, move the trap to a quiet, protected spot and cover it with a cloth or tarp to help keep the animal calm until you can release it.  Release it as soon as possible to avoid further stress.

Many wild animals can carry diseases, so wear gloves and hold the trap away from your body. Release the animal in natural surroundings, at least 5 miles away.

Release nocturnal animals at night and diurnal species during daylight.

Point the opening of the trap away from you, toward escape cover, so the animal can see and move toward it. Open the door, and tap the trap with your foot. If the animal is reluctant to leave, try placing the open trap on its side and moving away from the trap.

When releasing an animal that has a potential to bite or spray, attach a long string to the door of the trap before setting it, so that you can open the door from a distance.  Let the animal leave in its own time.

Once you return home, disinfect the cage with a solution of 1 part bleach to 9 parts of water. Let the solution sit for 20 minutes before wiping down the trap. Rinse the trap thoroughly after each capture.

NOTE: Never trap an adult animal that is caring for dependent offspring. Look and listen for young—even outside the animal’s known birthing season.

When an adult animal is trapped, look for swollen teats that are relatively free of hair, which indicate it is a female nursing young. (By standing the trap up on end you can usually observe the underneath side of the animal.) In such a case, release the female onsite so she can tend to her young.

A QUESTION FOR YOU:  Have you ever had to live trap an animal? What was it? What was your experience with it?