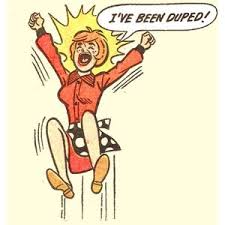 charity rating revoked” status.  How did this happen?

The Humane Society, historically holding a 4-star rating from Charity Navigator, was recently downgraded to 3-stars.  And then … its rating was totally revoked.  Now, instead, there is a donor advisory warning that urges donors to think twice before donating to the Humane Society of the United States (HSUS).

Why?  Basically, it’s because of its high operational costs and inefficient fundraising. The HumaneWatch.org, the Humane Society watchdog, reported:

“The Humane Society of the United States scandalously only gives 1% of its budget to local pet shelters, and doesn’t actually run any rescue pet shelters of its own.”

But that’s not all.  HSUS admitted that it made “investments” totaling $25.7 million in the “Central American and the Caribbean” region  according to the 2012 IRS Form 990 for the Humane Society

Charity Navigator initially downgraded the Humane Society’s score to a C-, and eventually revoked any recommendation or rating for charitable contributions.

The 2012 tax return shows that the Humane Society raised $125.7 million.  Total staff salaries and benefits paid for 2012 were more than $44.5 million — nearly 30 percent of the total revenue.  Click here for a further breakdown of expenses.

In June, Charity Navigator completely removed its letter grade rating of the Humane Society U.S. and replaced it with a “donor advisory.”  The HSUS is also looking at a $15.75 million settlement of a racketeering and bribery lawsuit.

HSUS moved money to several funds in the Cayman Islands include the following “investments:”

Given that U.S. Charities are supposed to provide charitable services, while for-profit businesses invest money in hedge funds to make a profit, it is quite dubious that a non-profit charity from the United States would put $26 million in offshore funds in the Cayman Islands other than to stash money.

In fact, according to HumaneWatch.org:

HSUS regularly contributes more to its own pension plan than it does to pet shelters. An analysis of HSUS’s tax returns determined that HSUS funneled $16.3 million to its executive pension plan between 1998 and 2009—over $1 million more than HSUS gave to pet shelters during that period.

The Humane Society of the United States is currently being sued under federal racketeering law.