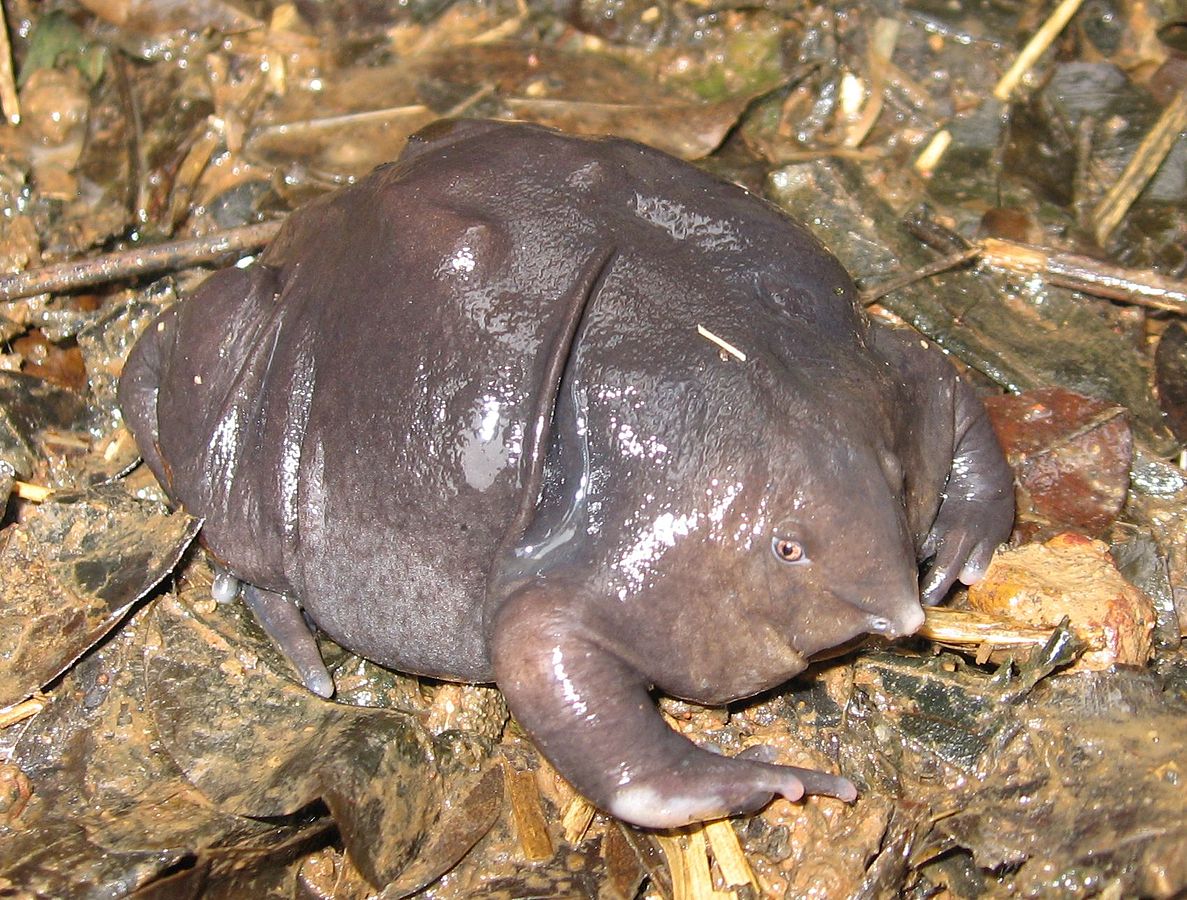 The Indian purple frog, or Nasikabatrachus sahyadrensis is a frog species belonging to the family Sooglossidae and can be found in the Western Ghats in India.  The Indian Purple Frog, sometimes known as the “Pignose Frog” or just “purple frog”, is thought to be the sole surviving member of an ancient group of amphibians that evolved some 130 million years ago.

This funny-looking frog has a large bloated body and short, stout limbs.  It’s tiny head looks too short for the body and the snout ends in a white, knob-like protrusion, with tiny little eyes that add to its strange look.  It has a narrow mouth with a flexible jaw.  It has a short, fluted tongue that protrudes while feeding.

The Indian purple frog has adapted to a burrow-dwelling lifestyle, and lives most of the year up to 12 feet (3.7 meters) underground.  It digs its burrow using its shovel-shaped hind limbs and rounded toe-tips on webbed feet, throwing the soil over its back.

The frogs emerge for a several weeks a year during the monsoon season to mate, the males calling out to attract females, as in the video below.  However, male purple frogs have been known to call to their mates from underground, beneath a thin layer of dirt near the entrance of narrow tunnels.

Natural prey for the purple frog are termites, which it finds with its touch-sensitive snout.  It then uses its cone-shaped head to penetrate termite tunnels and then sucks up its prey with its fluted tongue. While resting, the limbs are tucked under the body in a horizontal position.

The purple frog is endemic to the Western Ghats of India, where it is known from only Kattapana and near Idukki town in the Cardamom Hills of Kerala State.