According to the World Health Organization, the mosquito is the greatest menace among all disease-transmitting insects. Mosquitoes not only spread yellow fever, dengue, and malaria but are also the reason for millions of deaths worldwide. As such, for bringing the population of mosquitoes down, bats could prove to be your best friends. Not constrained to mosquitoes alone, rearing bats could prove to be an excellent method of pest control that is free from chemicals. So invite beneficial bats to patrol your garden. Find out how!

Bats have got a nasty reputation. Even mentioning this word invokes chilling imagery of leechlike mortals that covertly charge at humans at the stroke of midnight.

Who could not remember Batwing from Marvel Comics — the man who mutated into the demonic bat-like creature? Or Count Dracula? This disgrace to the bats is wholly undeserved.

The fact is, these nocturnal mammals are very calm and friendly to humans. And there is a severe shortage of evidence that these cause more infections to humans than other pets. Bats are indeed best companions to the gardens and farmlands because they act wondrously at inhibiting the population growth of undesirable pests.

The nocturnal little brown bat that is found most numerously in the North American continent is a voracious insectivore. What it means, they eat insects such as mosquitoes, caddisflies, stoneflies, lacewings, moths, ants, true bugs, mayflies, flies, and beetles. Research suggests that more than 70% of their diet comes from mosquitoes. Bats have an appetite of more than 1200 bugs per hour! This means one little brown bat can eat 8000 mosquitoes or mosquito-sized insects every night.

Ways To Attract Bats To Your Garden And Field

For availing the advantage of bats, there exist many ways in which you can entice them. Like any other creature, bats too require food, shelter, and water to survive. Because you already have a garden or field, water would be plentiful.

With water come insects — that is, the favorite food of bats! All that is left is a cozy and warm shelter. In general, bats try to seek habitat in isolated crevices and cracks such as in gravelly ledges, in caves, under loose barks, and cratered trees. In such areas that are densely populated bats sometimes sink in attics and shutters too.

Contrary to popular belief, bats don’t create cavities or holes in houses. But, if there is an existing hole, they can easily access it because they like it warm, tight, and dark. 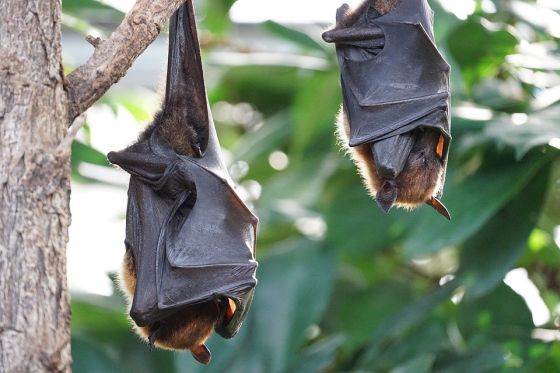 You can purchase a quality bat house from the market; however, you need to be a little cautious while choosing among the many variants available. There are other ways too. You can build bat houses by taking help from freely available guides on the internet.

You might be amazed at this suggestion of making the bat house yourself. A question that might arise is why do humans need to provide habitation to bats? Why can’t they find a nice cave? In an ideal case, they would have, but reckless deforestation has left them very few trees to live and sustain. Hence, this exercise is an act of providing those bats a nice place to live, which couldn’t find a vacancy in the forests.

Bats, like any other creature, need a supply of water. Generally, they slink over water bodies to have a drink such as streams, ponds, or lakes. It will be an additional facility for bats if you consider constructing a small pond within your garden or field with plantings on its side. If your garden lacks space, you may also build an elevated basin in the open space.

Related:
5 Creative Ways to Give Wildlife a Home

Temperature and Placement of Bat House

Temperature is one of the most important factors which decides if your bat house would succeed in attracting bats en masse or not. The temperature range for a successful bat house is 80 – 100 degrees Fahrenheit. In Centigrade, it would be 27 – 38 degrees.

We are not suggesting any artificial temperature control mechanizations for the bat house, but the placement and color of the bat house would be an essential determinant for controlling the flow of heat. You must place your bat house at a spot where it receives direct sunlight for at least 6 hours. Also, you need to color it black for the maximum absorption of heat.

Bats are more likely to dwell a bat house that is mounted over a building or a pole, instead of a tree. This is because of the fear of predators as they could easily climb over a tree. Also, trees’ branches might create a hindrance in the path of bats while they exit and enter a tree-mounted bat house.

Moreover, you must keep in mind that if you place a bat house directly above a window, then there would be no space left for the guano to accumulate. Bats’ guano is extremely rich in minerals which could be used as fertilizer.

Bats are nocturnal insectivores; hence, it would be a good practice if you include insect-attracting fragrant plants in your garden such as night-blooming water lily, cleome, night-blooming jessamine, datura, and moonflower.

Don’t believe in the rumors and myths built around these innocent nocturnal mammals. Bats are human-friendly creatures get rid of insects without disturbing the delicate ecological balance. Respect this natural pest-controller and give them someplace in your backyard. Bats might be demons, but not for the humans!

Do you have purposely attract bats to your garden or yard?