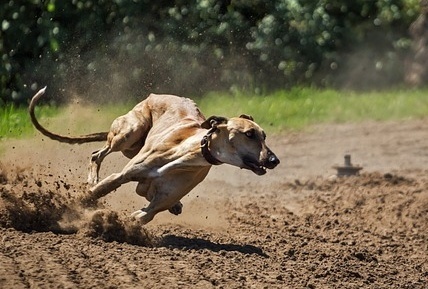 Everything You Need to Know about Greyhounds

When it comes to greyhounds, there are a lot of fascinating facts about the docile pups that the general public don’t know about Greyhounds. For example, contrary to popular belief greyhounds are not high energy dogs. Their quick bursts of energy are not to be mistaken with a lively temperament. In fact, greyhounds are often called couch potatoes due to their relaxed nature. Greyhounds can actually reach speeds of up to 45 miles per hour, making them one of the fastest dog breeds in the world.

Greyhounds are an ancient breed – they are the only breed of dog referenced in the bible. Originating in North Africa and the Middle East, greyhounds have won the admiration of many cultures, including the ancient Egyptians and Romans. Greyhounds were also one of the very first breeds that appeared at American dog shows. In 1885, they were officially recognised by the American Kennel Club. The infographic below from GAP NSW has loads more interesting facts about these loving animals. For all the details, take a look!

Thank you for taking the time to visit Animal Bliss.

A QUESTION FOR YOU: Do you own a greyhound? What’s your favorite thing about them?