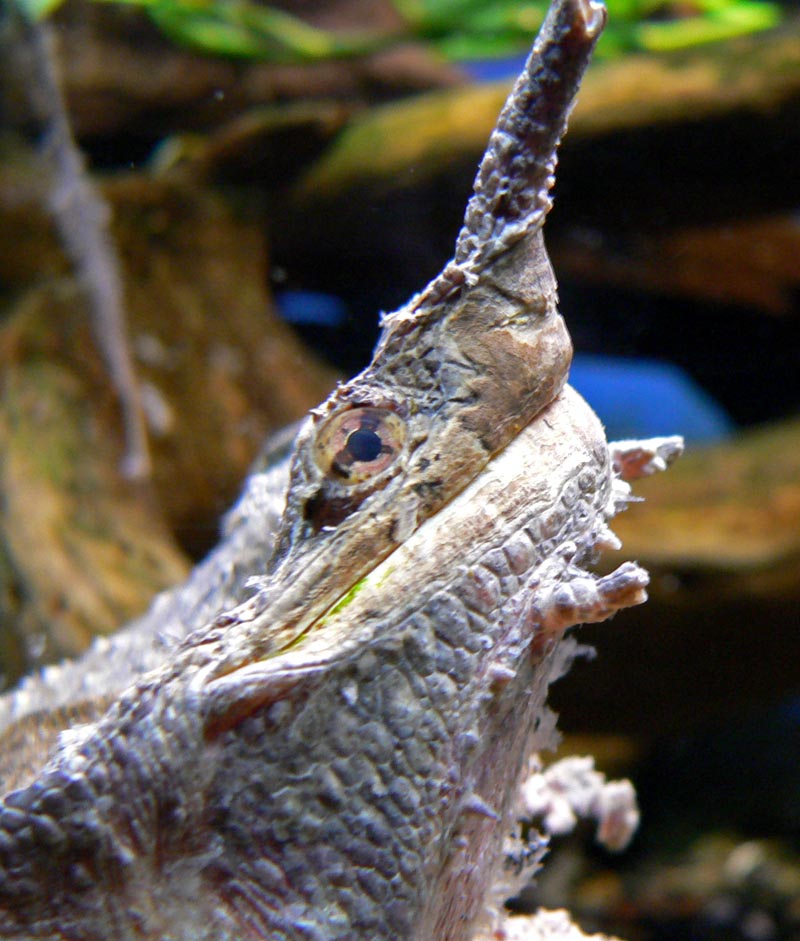 The mata mata turtle, mata-mata, or matamata (Chelus fimbriata) is a freshwater turtle found in South America, primarily in the Amazon River and its tributaries in Peru, Venezuela, Guiana, and Brazil.  It is the only existing species in the genus Chelus, making it truly unique.

The mata mata turtle is a sedentary turtle with a large, triangular, flattened head. Other distinguishing features of the head are that it is covered in tubercles, flaps of skin, and even has a “horn” on its snout!  The mata mata also has 3 barbels  on the chin and 4 more filamentous barbels at the upper jaw.

Mata Mata Turtles in the Wild

As I mentioned earlier, the mata mata’s shell resembles a piece of bark, and its head looks like leaves.  The turtle stays quite motionless in the water.  When a fish swims closeby, the mata mata turtle sticks its head out and opens its large mouth as wide as possible. This action creates a low-pressure vacuum that sucks the prey into its mouth!  The mata mata then snaps its mouth shut, expels the water, and swallows the fish whole.  It is actually unable to chew due to the way its mouth is constructed.

The mata mata is a carnivorous turtle, feeding exclusively upon aquatic invertebrates and fish.