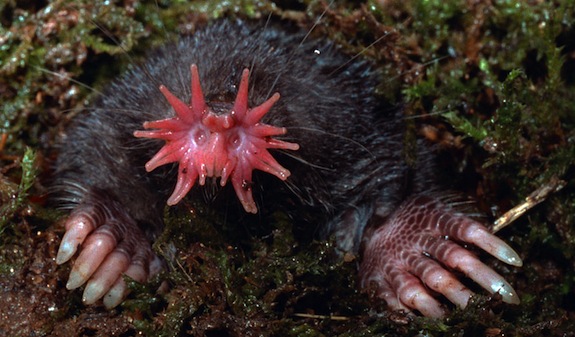 A humorous but truthful look.

The star nosed mole (Condylura cristata) lives in the bogs and wetlands of the eastern United States and Canada, extending from Atlantic Ocean west to Manitoba and North Dakota and south to Ohio and Virginia.  They can also be found along the Atlantic coast south to Georgia as well as throughout the Appalachian mountains.

The star nosed mole gets its name from it’s most distinctive feature – a circle of 22 mobile, pink, fleshy, hairless tentacles (called rays) at the end of its snout, which are used to feel, find, and identify food.

What did you learn from Star Nosed Mole Facts today?