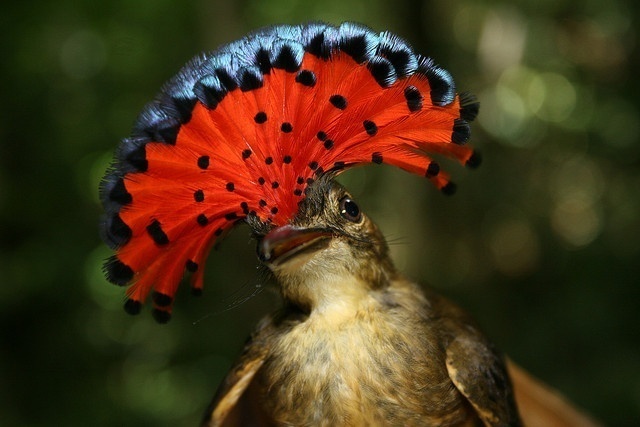 The royal flycatcher is a name used for roughly four species of birds in the genus Onychorhynchus within the family Tityridae. “Royal” refers to the exotic feather display on the crown of the bird’s head, which is a brilliant array of red, yellow, white, blue and/or black.

The Royal Flycatchers use this brilliant, colorful plumage as a show of display during courtship rituals, after mating, while preening, in competition with other males over breeding or territory, or while being handled. Otherwise the plumed crest is lying flat.

The video below shows the impressive and rarely seen crown display of a Royal Flycatcher caught in one of the Fauna Forever Tambopata Bird Team’s mist nets during the NGO’s long-term monitoring of human impacts on the Tambopata region of Peru’s Amazon rainforest.

Two of the genus species are considered to be non-threatened as far as the IUCN is concerned:

The other two are considered vulnerable and potentially at risk of extinction due to habitat destruction from dry woodlands leading to forest fires, and human impact. These are: 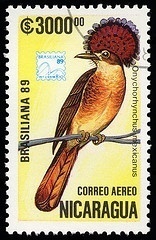