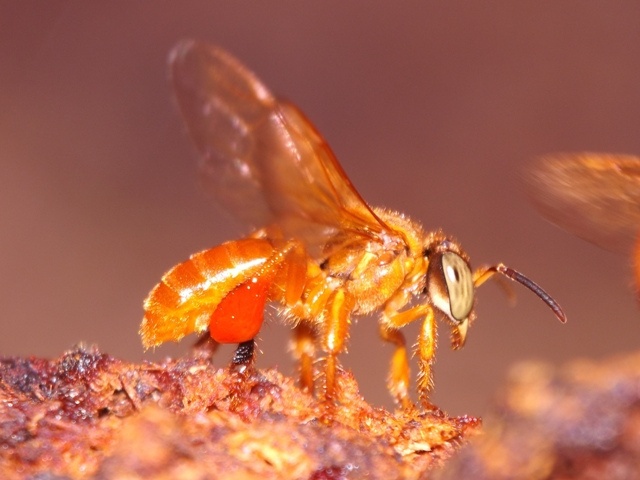 Everybody knows what honey is, its uses as a food, its health benefits, and that it comes from the hives of honey bees; but in comparison, relatively few people know what propolis is, or have much information about it. This article puts forth information on propolis and explains how it can be used effectively by itself or included in human and dog supplements for medicinal homeopathic treatments for both humans and their canine best friends. 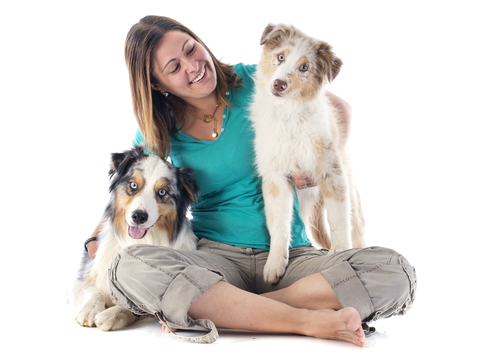 Ancient civilizations knew and used the products of the bees as a valuable resource in their medicine. Medical artifacts of the Chinese, Tibetan, Egyptian, Roman, and many other civilizations are abundant, containing in their ancient literature numerous formulations based on honey, propolis, bee excrement and sometimes the bees themselves, to cure or to help prevent illnesses. Even from the ancient Hebrew civilization, the Bible acclaims and gives noble status to the nutritious and restorative properties of the bee. But throughout history, honey has always been in the forefront in food products and health research. Only in the last few decades with more interest in natural, complementary, and alternative medicines, along with advanced research techniques, has propolis been getting significant attention.

Honeybees gather resins from indigenous trees and shrubs, returning to the hive and blending it with beeswax, pollen, and saliva to manufacture propolis. Typically propolis is 50% resins, 30% beeswax and 20% pollen, saliva, enzymes, and oils. The bees use it in the hive for both structural and antibacterial purposes. Where beeswax is used for most major structural issues in the hive, such as sealing large undesirable openings, and overall lining and sealing of the hive; propolis is used extensively to make smaller repairs.

More importantly than the structural uses of propolis, recent research and advancements of the study in Insect Biology of Social Immunity, propolis has been proven to have significant antibacterial, antifungal, and disease prevention properties. Social Immunity is a developing segment of study that defines mechanisms and actions that are undertaken in “colonies” by individuals to combat disease and its spread in the close dense, living environment. In modern society, we use immunizations, antiseptic hand-wash stations, cover our mouth when coughing, recall tainted foods, establish agencies such as Center for Disease Control (CDC), etc. For thousands of years one of the bee’s Social Immunity mechanisms has been the use of propolis. By coating the entrances with propolis, bees prevent diseases and parasites from getting into the hive. They use it throughout the hive structure to inhibit fungal and bacterial growth. If intruders such as mice or small reptiles enter the hive, die, and cannot be removed, bees “mummify” the corpse by encasing it with propolis. This prevents decomposition of the dead animal, preventing the growth of harmful bacteria and fungus and the associated toxic odors. 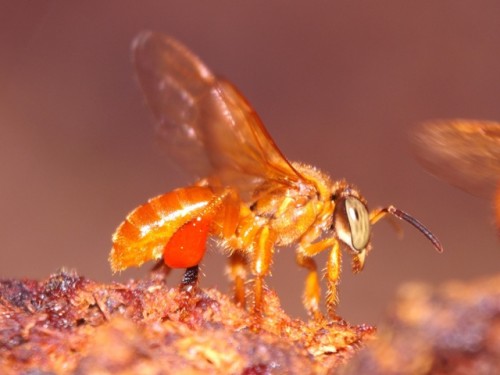 The chemical biological structure of propolis is relatively complex. It contains hundreds of compounds that vary depending on what region of the world the propolis comes from, since 50% of its makeup come from the resins of the local plants near the beehive. Even the cyclical weather and ecological conditions affect the type, concentration, and number of different chemical and biological components in its makeup. In broad-spectrum propolis contains polyphenols, including phenolic acid, amino acids, flavonoids, including pinocembrin, galangin, pinobanksin, caffeic acid, and caffeic acid phenethyl ester, hydrogen peroxide, and methylglyoxal. In addition, minerals such as magnesium, nickel, iron, calcium, and zinc are present.

Polyphenols are phytochemicals found in nature. They are effective antioxidants that counteract unstable free radical molecules in the body that are linked to cell damage that causes degenerative cancer and cardiovascular diseases.

Amino Acids are needed by the body to build and maintain protein, which comprises 20% of the body in muscles, bones, skin, and hair. They regulate almost all of the body’s processes that synthesis proteins, carbohydrates, and fats that form tissue and store energy. These acids and their health benefits are common knowledge and fully documented.

Flavonoid is a broad classification of oxygen-containing plant compounds in the large group of water-soluble aromatic antioxidant pigments. They are a sub category of polyphenols. Flavonoids are believed to account for most of the biological activity in propolis. These include anti-oxidant, anti-inflammatory, anti-fungal, anti-viral, anti-allergic, and anit-cancer properties. Recent research has also shown that flavonoids have the capacity to modulate cell-signaling pathways. Cells utilize these well-defined signaling connections to regulate themselves, which directly affect the nature of the genes.

Caffeic acid, and caffeic acid phenethyl ester (CAPE) have been shown in recent studies to be a powerful antioxidant, anti-inflammatory, antibacterial, anti-cancer, and antiviral agent. Propolis from the Manuka plant in New Zealand has high concentration of CAPE and in several studies has been demonstrated to provide effective antibacterial action against the staphylococcus bacteria.

Hydrogen Peroxide, more appropriately called oxygen water because it is water with an extra oxygen molecule, occurs in its natural state H2O2 in propolis. Just as with CAPE Manuka propolis from New Zealand contains a higher concentration than propolis from other regions of the world. Hydrogen peroxide destroys bacteria, viruses, and fungi and is essential to the body’s immune system. It is common practice to use it as an antiseptic on minor cuts and wounds and include it in toothpastes and mouthwashes for killing oral germs and whitening teeth.

Methylglyoxal (MG) is another important compound that has effective antibacterial properties found in propolis. Once again, the New Zealand Manuka propolis contains up to 100 times higher than other propolis. The other significant benefit is once MG is transported into the propolis by the bees it is resistant to heat, light, and enzymes making it much more stable and long lasting than the hydrogen peroxide.

The preceding list of compounds found in propolis that have varied, proven, and effective pharmaceutical/medicinal attributes, substantiate propolis is a product that is beneficial to both humans and their canine companions. It is effectual in combating microorganisms and parasites that cause disease. It is antibacterial, antifungal, anti-viral, anti-inflammatory, antioxidant, and anti-cancer. It has been studied and tested and is documented in significant reputable professional and academic publications. Although these studies and research have almost entirely been related to humans, there is no reason that they do not apply to the canine.

Oral Spays developed for dogs to treat periodontitis and gingivitis that contain propolis have proven to be very effective. The buildup of plaque and tartar on the teeth and gums is the source of these diseases that today are the number one health problem for dogs. The combination of strong antibacterial activities and natural whiting action of the hydrogen peroxide actually kills the bacteria in the plaque and tartar and removes the stains without bushing or clinical veterinarian cleanings. The Manuka Propolis from New Zealand is most effective in this process due to its higher concentrations of CAPE, MG, and H2O2.

What is Propolis : Is it Good for My Dog?
Guest Author:  Bruce Harte 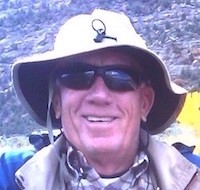 Bruce Harte is a Partner and Head of the Research Staff at VitaHound.com . He has always been a devoted dog owner with his companions over the last 60+ years ranging from mongrels, to beagles, to golden and black labs. They have always been raised naturally not only with diet and dog supplements but also with their environment including their adobe home in the high Sonoran Desert or rustic cabins high in the Pines of the White Mountains of eastern Arizona. Receiving his Bachelor of Science degree in 1968 Bruce has over 50 years experience in technical and scientific research. Bruce’s love of gardening, natural herbs and remedies combined with extensive knowledge of Native American culture has enabled the VitaHound site to become a robust source of dog supplement and nutrition information.

Do you use supplements for your pets?

8 thoughts on “What is Propolis : Is it Good for My Dog?”