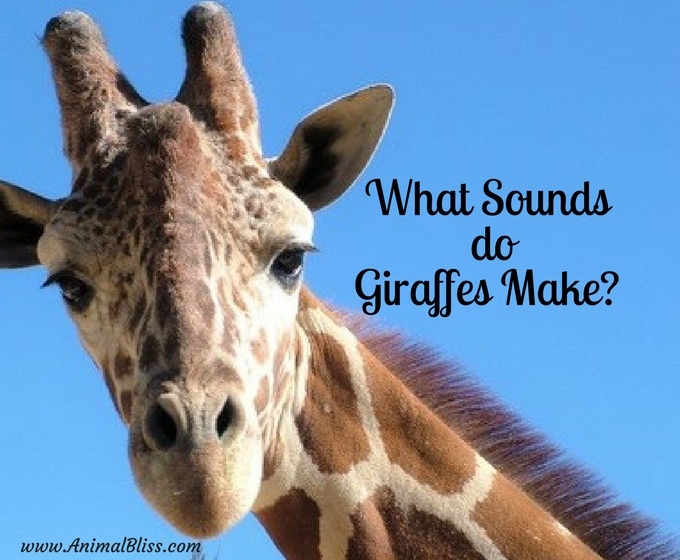 Most everybody knows that horses neigh, dogs bark, cows moo, and lions roar, and we can’t forget the cat’s meow. But what sounds do giraffes make? Chances are you’ve never really given it a thought, but I’m here to educate you (and myself in the process) about the variety of sounds these tall giants make and how they communicate with each other.

Researchers had once suggested that due to their long necks, giraffes might have difficulty producing enough airflow velocity to induce vocal fold vibrations. But further research showed that giraffes are indeed capable of producing sounds using infrasonic vocalizations similar to elephants.

What sounds do giraffes make?

Giraffes are known to be quiet animals, not known for their full range of vocalizations. Describing the animals as “taciturn,” the researchers wrote in the journal BMC Research Notes that most sounds identified so far have are as follows:

Giraffes bleat, brrr. burst, cough, growl, grunt, low, moan, moo, sneeze, snore and snort. These are all sounds that may commonly be heard during the day.

But, did you know that giraffes hum, and only at night?

Researchers from the University of Vienna, Austria, reviewed nearly 1,000 hours of sound recordings from three European zoos. They found no evidence of infrasonic communication, but they did pick up a low-frequency humming sound from the giraffes at all three zoos.

The scientists aren’t sure why the giraffes are humming, just that they are and that it only happens at night. (Zookeepers have never heard the animals hum because they are not there at night.)

Listen to this: New Scientist posted audio of giraffes humming at night

It is possible the humming could be a passively produced sound, like snoring or talking in your sleep. However, since giraffes have an excellent long-range vision, but diminished at night, the humming may be a way for giraffes to communicate at night.

So now you know that giraffes can make lots of different sounds, most of which we cannot hear because the frequency is too low. That goes especially for the humming they do at night.

RELATED:
22 Freakish Facts About Giraffes You Will be Glad You Know