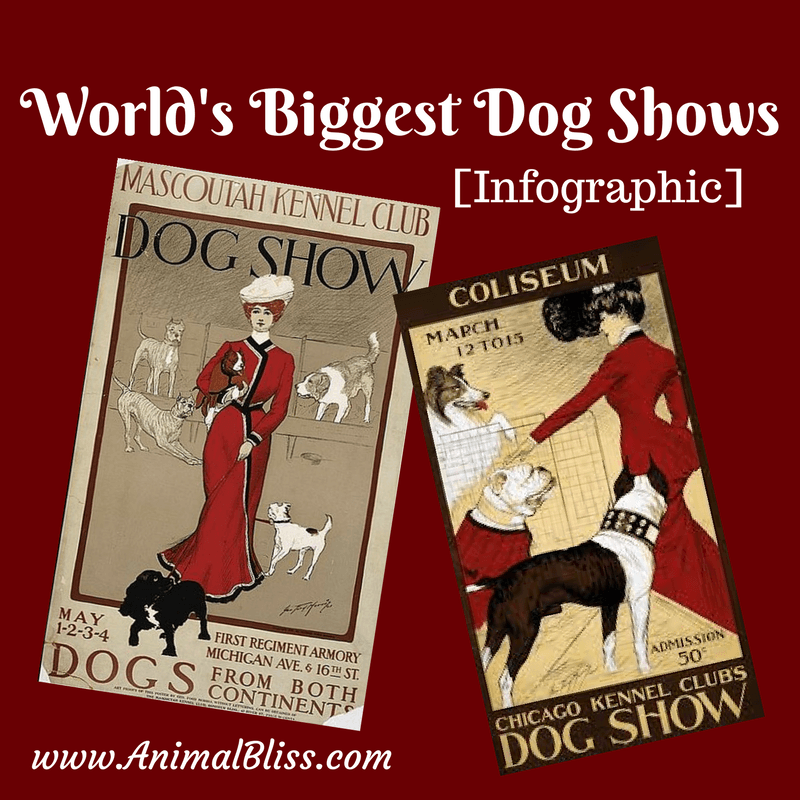 Dog shows are fantastic exhibitions where canine lovers present their pets to judges and spectators alike, with the possibility of some lucrative prizes to be won, along with the immense pride of owning a contest-winning dog.

While numerous dog shows are held all over the world, there are a select few which are held in the highest regard among the dog-loving community worldwide. Perhaps the most prominent of the biggest dog shows is Crufts, which dates back to 1891 and featured more than 24,000 dogs in its most recent staging. The show invariably attracts a massive audience for the BBC, who have held the broadcasting rights for almost 70 years, and in more recent times has garnered a massive online following from its live YouTube streaming.

The “World’s Biggest Dog Shows” infographic below, provided by Greyhounds as Pets, profiles other world-famous dog shows and gives great pointers for potential exhibitors who are considering entering their pooches in a show, or those who just want to go along and enjoy the spectacle. See more below!

“World’s Best Dog Shows” infographic by the team at Greyhounds As Pets.

Have you shown your dog in a show, or have you gone as a spectator?

Disclosure: Animal Bliss is an Amazon affiliate, and may earn a small (very small, teeny tiny) commission from purchases made through links on this website.