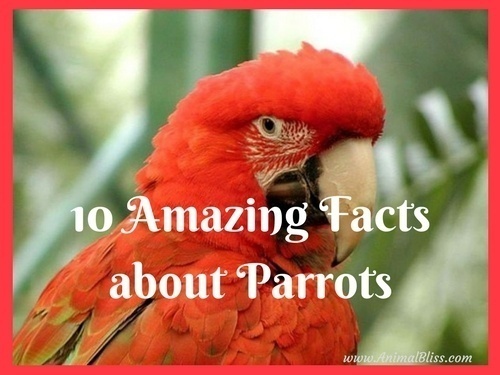 Parrots are fun, remarkable and brilliant to keep as pets. They’re also incredibly complex, social creatures. The team at ExoticDirect have put together a list of fun, amazing facts about parrots to help you better understand them.

Parrots love warmer climates and are found mostly in tropical and subtropical areas around the world. There are, at the time of writing, 393 different species of parrot.

The prize for the most intriguing parrot could be the Maroon Fronted Parrot, an endangered species that lives high up in the Mexican mountains, nesting on cliff-tops over 3,000 meters. Not all parrots like heights though, or live in tropical climates; the Kea thrives in New Zealand and prefers making its nest in tree roots.

2. Parrots Can Teach Other Parrots!

We all recognize the phrase ‘pretty Polly, ’ but some research suggests that certain species of parrot can handle about 2,000 human words, though they don’t necessarily use them in the right order, thus suggesting parrots might have a greater understanding of the world around them than we would expect. One African Grey called Alex, for example, was able to discriminate between different objects by their shape and could repeat at least 100 words.

Another amazing fact about parrots is if you take a parrot that’s been taught to talk in captivity and release it into the wild, other parrots will be able to learn from it.


3. Real Parrot-Speak Is Even More Interesting

The parrot’s ability to mimic human words is fun, but it may be influenced by their own sophisticated communication skills. Parrots produce a broad range of noises that are used to say everything from ‘I love you’ to ‘watch out.’ It’s not only their sounds that are important, either. Feather displays are an excellent way for parrots to communicate. The Cockatoo crest, for example, is often used during breeding rituals.

Parrots have a highly connected system of sounds, shrills, and squawks that warn others of predators or that there’s food in the vicinity.

4. Parrots Have Flexible Beaks and Feet

Unlike many birds, the beak on a parrot is hinged top and bottom, unlike humans that can only move our lower jaw. The parrot’s beak is used for things like opening seeds but is also great for preening and even a bit of romantic courting. If you’ve ever spent time with a parrot, you’ll also know that their feet are useful too, often lifting food to hold it while they crush it with their flexible mandibles. 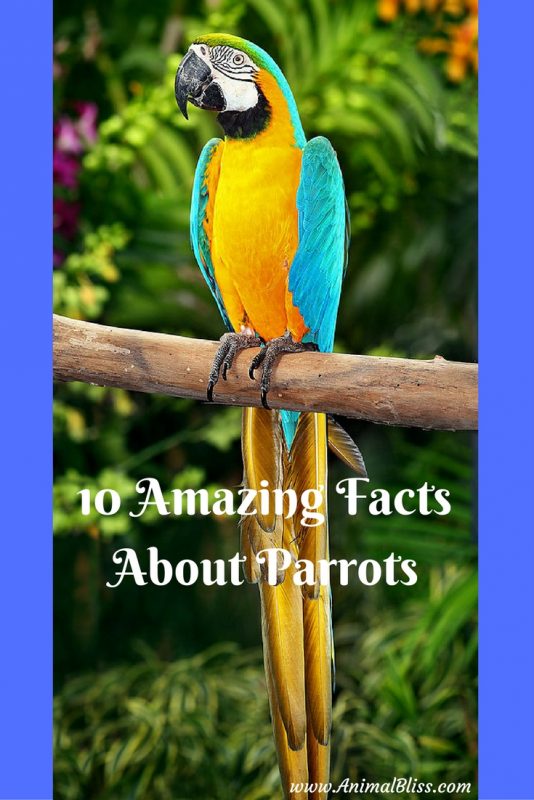 We know domesticated parrots can be trained to demonstrate specific behaviors, but wild parrots know a thing or two as well. An example is the Kea, the one that loves nesting at the base of trees in New Zealand. As well as using basic push and pull techniques when they want to access food, they also make use of tools to get food, for example, picking up pebbles to crack cockles on the beach. New Zealand campers know the Kea Parrot well – there have been many occasions when a cheeky bird has swooped down and flown off with someone’s food and even the odd item of clothing.

We don’t think of birds having a long lifespan. Many parrots, however, can live for over 50 years. The oldest recorded was 83 when it finally passed away. His name was Cookie, and he was born in 1933.

This an important thing to remember if you suddenly decide to buy a parrot as a pet. It’s not something that you can keep for a few years and then decide you don’t want it anymore. You should also ensure you can look after your parrot well by feeding it properly, creating the right habitat, and giving it lots of time and attention. A parrot might not be the right kind of pet for someone who is away from home all day.

RELATED:
How to Care for Your Pet Parrot in Winter

Like many animal species, more than you probably think, parrots are usually devoted to one partner. To get a mate, parrots perform some interesting singing and dancing rituals that go on until a couple comes together and start to breed. Monogamy applies to the majority of parrots. The only ones that seem to have different mates are the Golden and the El Oro parakeets.

Once a parrot has mated, the female will produce about five eggs and tend to them while the male goes out and brings back the food. 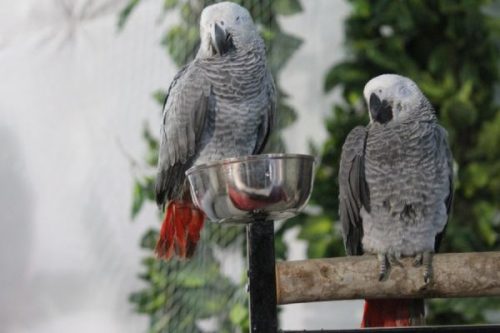 8. Palm Cockatoos Don’t Breed As Much

While many parrots are reasonably prolific in the mating stakes, some are less so. The Palm Cockatoo is very sensitive to any changes in their surrounding environment, and this often impacts their breeding. It’s not helped by the fact this species only produce one egg at a time. That can mean a Palm Cockatoo won’t provide any eggs for a number of years only because things are not quite right.

9. There Are Flightless Parrots

You might think it’s just the ostrich that can’t take to the air, but there are certain breeds of parrot, like the Kakapo, which can’t fly. That could be because this particular bird is just too heavy to get off the ground. Like the New Zealand Kea, it loves to nest under trees or in holes in the ground. It also only comes out at night. Over the last few decades, the rise in cats and other predators around its natural habitat means the Kakapo population has significantly reduced – there are now thought to be only 150 left.

Parrots are more adaptable than we think. While most are suited to more tropical climates, those that have been reared here in the UK and have escaped have also been able to breed and thrive out in the wild. If you head to an area like Crystal Palace Park, for example, you’ll see parakeets of the Rose-Ringed variety sitting up in the trees, happily getting on with their lives. This breed seems to be particularly hardy. There are also feral populations across Europe, including Germany and the Netherlands.

SOURCE: “10 Amazing Facts About Parrots” is brought to you by ExoticDirect, offering insurance for a wide range of exotic pets, including parrots.

Did you already know some of these fun facts about parrots? Do you own a parrot?