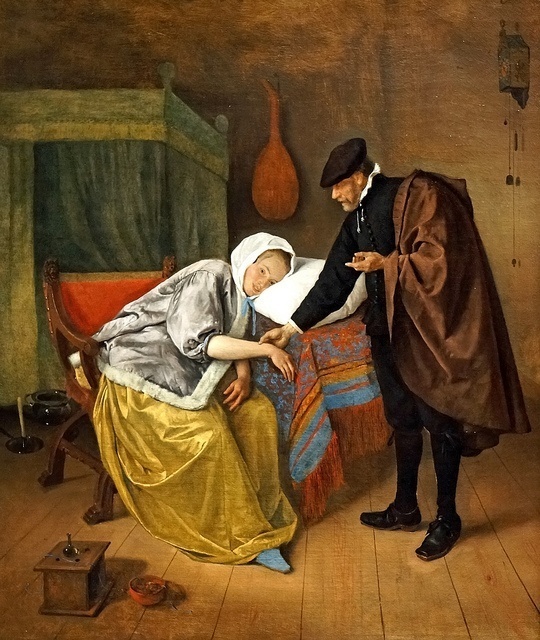 What's the connection between cat litter boxes and pregnancy? Click To Tweet It’s a dangerous parasitic disease called Toxoplasmosis, which is caused by the protozoan Toxoplasma gondii. The one-celled parasite infects most warm-blooded animals, including humans, but the primary host is the felid (cat) family.  This includes both wildcats and domestic cats. The feline gut happens to be the only place the parasite reproduces. 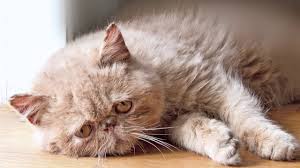 How Does Toxoplasmosis Occur?

Since the Toxoplasmosis parasite is most commonly spread in the feces of household cats, it is strongly advised that pregnant women not change the litter box.

The Dangers of Toxoplasmosis

Toxoplasmosis doesn’t usually present any serious problems in humans, except for a growing fetus. The parasite can cause severe brain damage, possible loss of vision, and can be fatal for the baby.

The chances of  a pregnant woman getting the infection and passing it on to her baby is low. However, it is best not to take any chances. The most likely place you would contract the disease is through the litter box, so avoid changing the box. Get someone else to do it, please.

Please also not the point mentioned above about not ingesting water, soil, or food that has come into contact with infected animals’ fecal matter. This would include digging or gardening in soil or sand where an infected cat has left feces.

If you’re worried that you might already have Toxoplasmosis, have your doctor do a blood test. Once you have the infection, you are immune to it after and can’t pass it on to your baby.

If you get the infection while you’re pregnant, you’ll need to have your baby tested. Your doctor can take some fluid from the sac that surrounds your baby and check for the infection. 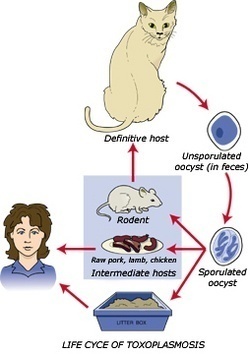 What are the Symptoms of Toxoplasmosis?

If you get toxoplasmosis, you may feel like you have the flu, but you may not feel sick at all. Most people who get the infection don’t even know that they have it. Symptoms may include:

“Toxoplasmosis is usually asymptomatic, but during the first few weeks after exposure the infection may cause a mild, flu-like illness. However, those with weakened immune systems, such as those with AIDS and pregnant women, may become seriously ill, and it can occasionally be fatal.[7] The parasite can cause encephalitis (inflammation of the brain), neurological diseases, and can affect the heart, liver, inner ears and eyes (chorioretinitis). Recent research has also linked toxoplasmosis with attention deficit hyperactivity disorder, obsessive compulsive disorder, and schizophrenia.[11] Numerous studies found a positive correlation between latent toxoplasmosis and suicidal behavior in humans.[12][13][14] Research related to the effects of toxoplasmosis on personality and mental health was awarded the 2014 Ig Nobel Prize in Public Health.”[15]Wikipedia

Up to a third of the world's human population is estimated to carry a Toxoplasma infection. Click To Tweet

What is the Treatment for Toxoplasmosis?

If you’re diagnosed with toxoplasmosis, your doctor will recommend the most appropriate treatment for you. This will depend on your health and symptoms.

Treatment is usually only recommended for people with serious health problems, such as people with HIV whose CD4 counts are under 200, because the disease is most serious when one’s immune system is weak.

In an otherwise healthy person who is not pregnant or does not have an immune system, treatment is not needed. Symptoms will go away in time.

And that, my friends, is the connection between cat litter boxes and pregnancy.  Have someone else do the chore for a few months.

Have you had the experience of contracting Toxoplasmosis or know of someone who has? What was the outcome?