Does your Dog Deserve a Second Chance if He has Bitten you Once?

Dogs are man’s best friend, but there are times when they feel offended by certain practices followed by us which results in their biting behavior. The question is whether, as a dog owner, does your dog deserve a second chance if he has bitten you once?

The person who wrote this quote understood the true concern of a person who has been bitten by a dog. No sane person would like to go through the horrible experience of being bitten by a dog twice. It is highly improbable that you will bitten by the same dog again for the same reason, but if by accident this happens, you can call yourself the most unlucky person alive because dogs do not bite human beings just for fun.

It is amazing when we look around and find dog owners getting into their dog’s face and invading their personal space. It is an intrusion of their space. Just imagine you are sitting quietly and someone invades your personal space just for fun. Would you tolerate them? Personally speaking, you probably wouldn’t. So what about your furry friend?

Do you expect your pooch to behave passively when he sees you invading his personal space? I know you would say no but that is exactly the opposite of what you have been doing when you violate his proximity zone. It is exactly for this reason that there are more than 800,000 dog bites reportedly being treated every year in our country.

There are more than 800,000 dog bites reportedly being treated every year in our country. Click To Tweet

Dogs bite people due to various reasons and so we have characterized the bites into different types.  Let us look at each one of them in depth and see how you can protect yourself from getting bitten:

Dog lovers get an occasional nip while having a playful session with their dogs. Your pooch can become over-expressive, sometimes by biting you, which is merely a way of communication for him. But what might seem cute from a 1 pound puppy can turn deadly from a 60 pound adult dog.

To avoid getting bitten while playing with the dog:

These bites occur unexpectedly and are unintended by the pup. For example; you have two dogs and are clipping the nails of the younger dog for the first time. He does not like the process and starts to whine and squirm. The elder one thinks that the younger dog is trying to hurt you and so he starts fighting with him and while separating them, you get bitten on hand.

To avoid getting bitten during dog fights:

Dogs bite while trying to protect their territory, people, resource or food. Even if the dog is in pain, he will resort to protective biting.

To avoid a protective bite from a dog:

See Also: What to do After Being Bitten by a Vicious Dog

So after learning about the types of bites you can possibly understand the reason why your dog might bite you.  But the question still remains whether you can trust a dog that has bitten you? The answer is no. Any dog can bite you.  The statistics do not count and so as a responsible dog owner before you take the hard decision of giving up your furry pal, you need to think hard from his perspective and respect his personal space.

If you try to intrude his space you are going to pay for it with a bite and so it is advised to train the pooch in such a way that he socially accepts the human behavior or hire a canine behavior specialist to solve the problem and rehabilitate your pooch. Remember, socialization of a puppy starts before 20 weeks, so it is important to provide obedience training with him, because a well-trained dog will hardly bite.

A well-trained dog that has been socialized will understand that biting is not allowed in the human world.  So, does your dog deserve a second chance if he has bitten you once?

This guest blog has been contributed by Taya Burnett, a pet enthusiast and digital marketing strategist at VetSupply. She  loves writing about interesting pieces of information. Having seen lot of dogs biting people, a thought crossed my mind whether dog owners would be able to forgive their pets for biting them once and give them another chance. In this write-up, I have tried to put across my views on the subject which would make you deliberate about the issue long after reading it.

Does your Dog Deserve a Second Chance if He has Bitten you Once? 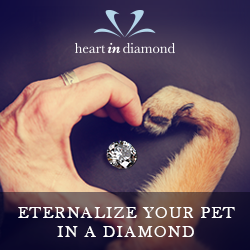