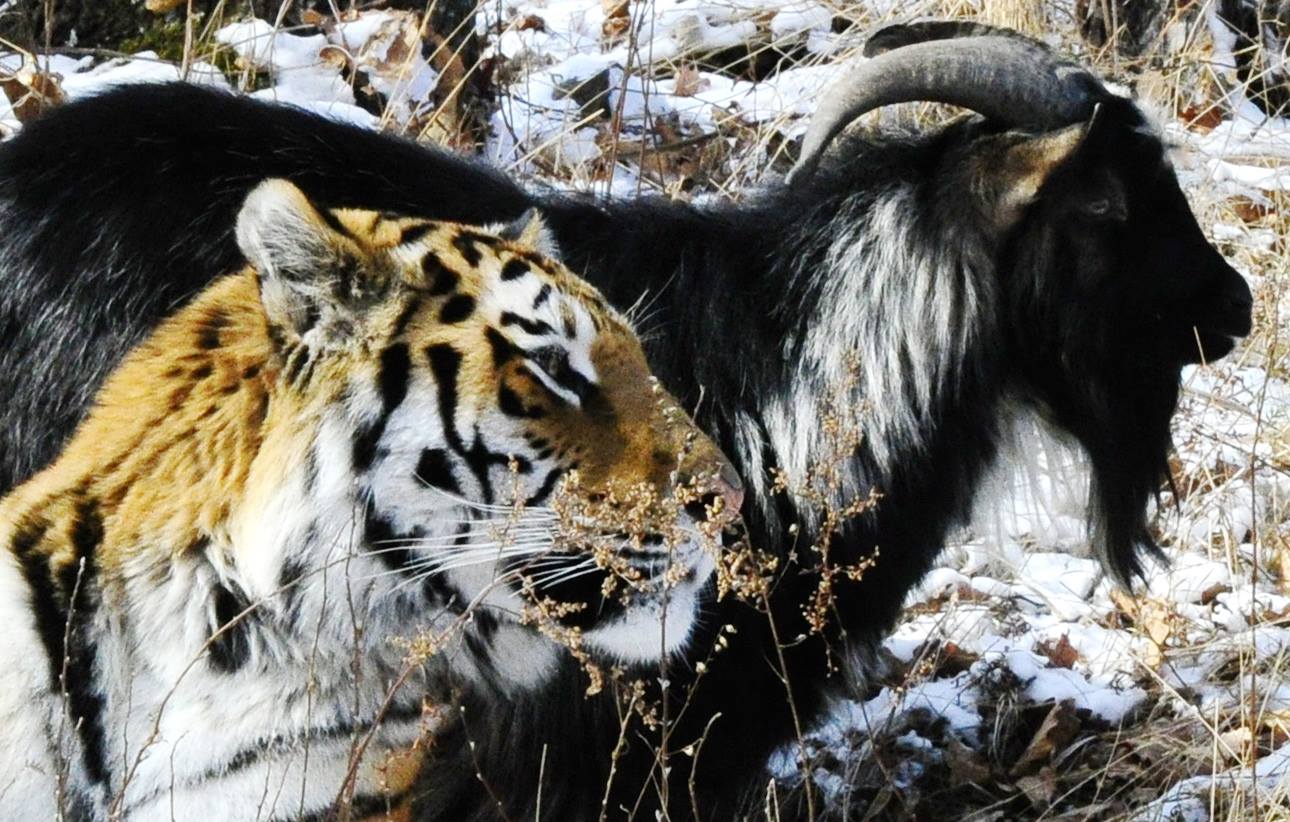 Once upon a time, in a safari park in the far east of Russia, there lived a hungry tiger.

And a goat, meant to be the tiger’s dinner.

Instead of hunter and prey, goat and tiger become unlikely friends.

Hopefully, they’ll live happily ever after? 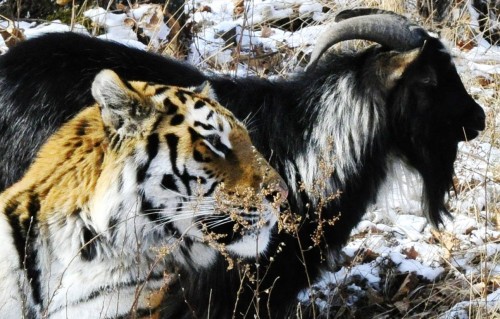 For 3 years, Amur, a rare Siberian tiger, living at the Primorsky Safari Park, had been fed goats, sheep, and rabbits twice a week.

This past November, when the goat was placed inside the tiger’s enclosure at dinnertime as live prey, no one in their wildest dreams expected the actual outcome.

Four days later, the tiger was still hungry, and the goat was still alive.

The brave goat, named Timur, had confronted Amur and took over his sleeping place.

The director of the zoo, Dmitry Mezentsev, said,

“Amur has never rejected prey before. There was just one case when the goat given to Amur lived through the night. Amur ate him the following morning.”

And now, 2 months later, they do everything together.  They play, eat, and sleep.

What is this mystery and how long will it last?


Timur the goat, has been separated from Amur the tiger, following the unusual two-month long friendship. Apparently, the goat started nudging the tiger with its horns and the tiger reacted by grabbing the goat by the neck and throwing him off to one side.

A rabbit was thrown into the enclosure to distract the tiger, and zoo staff quickly took the goat away to be examined. Amur the tiger killed and ate the rabbit immediately.

The goat was not hurt, but appeared to be in shock.