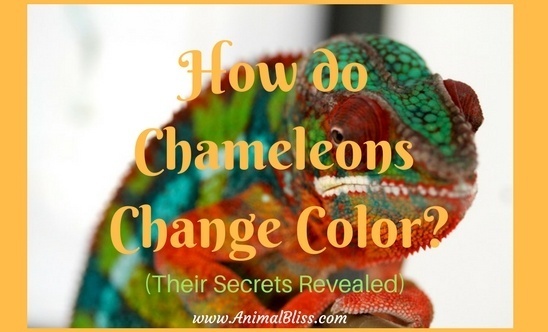 Check out this very short video.  It’s only 40 seconds long but shows a chameleon changing its color in 10X speed.

The changing colors of a chameleon’s skin are due mostly to varying layers of special pigment-containing cells like tiny crystals called iridophores, found just under the surface of their skin. These tiny particles change shape to reflect different wavelengths of light.

RELATED:
Do Chameleons Make Good Pets? What You Need to Know

The crystals contract and expand.  Light, having a mixture of colors, strikes these cells, and the resulting color depends upon which crystals reflect different wavelengths of light.

The different colors are created by the sizes of the crystals, and their spacing in the skin and is happening due to the modification of these crystals. 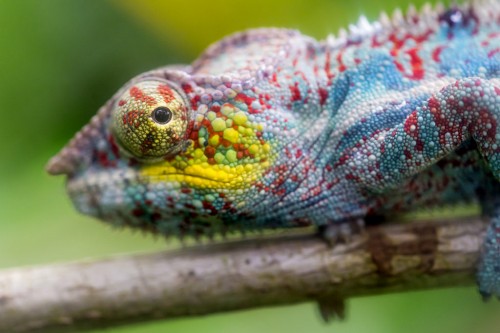 Is your head spinning yet?

This video will make it much clearer for you to understand.

How do Chameleons Change Color?

Generally, a calm male chameleon is usually green.  If alarmed or intimidated by another male, or if he becomes angry or stressed, he might change into bright yellow and red.  He might also change color to impress the male. This can happen in under two minutes for some species.

If you’re interested in a more scientific read on How do Chameleons Change Color?, check out the research published in the journal Nature Communications.

8 thoughts on “How do Chameleons Change Color? Their Secrets Revealed”