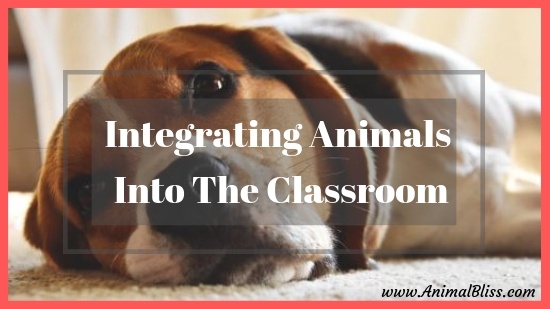 Integrating Animals Into The Classroom

Students in today’s classrooms are experiencing more stress than in any generation previous, and it’s not hard to understand why. Not only do students have to deal with the everyday pressures that come with being in school, like homework, extracurriculars, and social lives, but they also increasingly have to deal with crisis and fear in unprecedented numbers.

With the alarming number of shootings that have been going on at American schools, the youth of today now have to worry about things we never had to think about while growing up. Students today go to school with a feeling of dread, thinking about their safety and the safety of their peers. As a result, school administrators now have to consider how to respond to this newfound stress in its student population. How do they best support those who are going through trauma after a crisis?

After all, many of these students are still learning how to deal with their emotions appropriately, and adding trauma to the mix certainly does nothing to help students properly process their emotions.

“Learning to deal with feelings of frustration, anger, hurt, or disappointment can be a really big job for such a little person—but understanding how to navigate tough feelings is an essential part of growing up,” note the education experts at Kindercare.

For many schools, the answer has been to integrating animals into the classroom. The benefits of doing so are clear. Animals help humans manage stress in a way that is rarely addressed.  Specifically, pets and therapy animals can help alleviate stress, anxiety, depression, and feelings of loneliness and social isolation. There’s evidence to support that the addition of animals to the educational environment is particularly beneficial for a number of reasons.

Last year, ABC Australia reported that the presence of therapy dogs correlates with student confidence and motivation. And now other studies have tied therapy dogs to improved school attendance, so it’s becoming apparent that there’s more than meets the eye here.

These improvements in student performance can be attributed to the way therapy animals makes students feel. Experiencing a connection with an animal can be instrumental in decompressing and clearing up stressors.

No, a therapy pet isn’t able to quiz a student or read them flashcards. But the mental benefits offered by therapy animals are improving student attention and behavior, which will, in turn, have a positive impact on their grades. Pets in the classroom are starting to sound like a pretty good idea.

It isn’t very difficult hard to connect the dots between an animal’s impact on student stress and how they may be useful in clinical cases of mental health. There is evidence that animals help alleviate the severity of symptoms that come from some of our most distressing mental disabilities. Social anxiety, autism, bipolar disorder, and even schizophrenia have all been treated with therapy animals.

There has been a strong emphasis on therapy dogs in the western world to help battle the worst symptoms of mental disabilities. They have been studied and trialed in different capacities, and the results have given us a lot of information on how animals help with these internal issues. For instance, the Alliance of Therapy Dogs, one of the largest therapy dog organizations in the United States, explained the benefits of therapy dogs with children and adults with autism, saying,

“The kindness and the gentleness of therapy dogs help children with autism simply by being there. The child may not speak or may want to engage in compulsive behavior, and the therapy dog is by his or her side, ready to engage.”

It’s clear in situations like this that the companionship between animals and humans greatly benefit one’s mental health. We see this even more so in how therapy dogs have been able to offer assistance with mental health problems like depression and anxiety. The connection and love of another living thing can effectively calm the mind and refocus it positively.

The Growing Popularity of Therapy Animals

Therapy animals are growing in popularity right now due to just how effective they have been. It doesn’t have to be just therapy dogs, either. There are some fairly unusual but helpful types of therapy animals, such as ferrets and miniature horses. Maybe there was something to Little Sebastian’s local fame after all!

There is even the recorded case of Buttercup, the therapy micro-pig who has been trained to deal with high levels of pushing, tail pulling, and aggravating behavior. Buttercup has notably been used in helping children with autism who sometimes don’t understand social cues and how their actions might be affecting other people. Since some people are afraid of dogs, the therapy pig has filled in where a therapy dog might for a person with autism.

Whether or not we’ll see this more in the classroom is up in the air. However, it is noteworthy that all of the evidence is positive and points toward classroom animals helping students rather than distracting them. Hamsters, lizards, fish, and rabbits all make great classroom pets. If you choose to allow them to be a part of your learning environment, you may find the benefits to be quite accommodating.

“Benefits of Integrating Animals Into The Classroom” 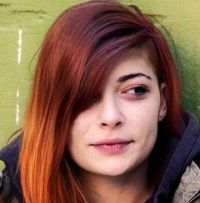 Guest Writer: Jori Hamilton is a writer from the Pacific Northwest who covers social justice, politics, education, healthcare, technology, and more. You can follow her work on twitter @hamiltonjori or https://writerjorihamilton.contently.com