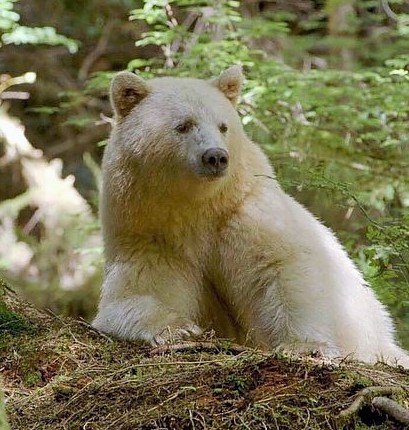 The Kermode Spirit Bear is a white variant of the North American black bear, prominently found on coastal islands in British Columbia, and the Great Bear Rainforest, which runs 250 miles down along Canada’s western coast of B.C. This area is also home to wolves, wolverines, and black bears.

It is estimated that there are fewer than 400 Kermode Spirit Bears in the coast area that stretches from Southeast Alaska southwards to the northern tip of Vancouver Island. 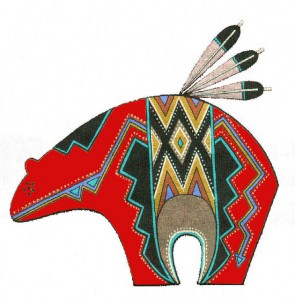 The Spirit Bear has been designated official animal of British Columbia.

For an interesting read, “Touching Spirit Bear” by Ben Mikaelsen

tells a story about a troubled youth who encounters a spirit bear in an island forest, and the consequences of  this meeting. The book explores the folklore and beliefs of Native American people.  Look through the carousel for more choice reads.