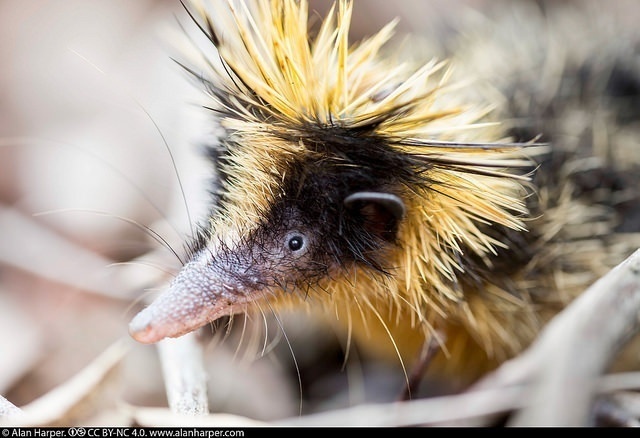 L is for Lowland Streaked Tenrec

The lowland streaked tenrec (Hemicentetes semispinosus) is a small mammal within the Tenrecidae family and are only found in tropical lowland rain forest in the eastern parts of Madagascar.

Tenrecs are odd-looking creatures that look like a cross between a shrew and a hedgehog having a bad hair day, don’t you think?

Take a quick look at this very short video to see how they produce sound.

I hope you have reading, “L is for Lowland Streaked Tenrec”

You might also enjoy, “Fun Facts About the Philippine Tarsier, Those Eyes!“

What did you enjoy learning most about the Lowland Streaked Tenrec?

5 thoughts on “L is for Lowland Streaked Tenrec, A-Z of Really Cool Animals”