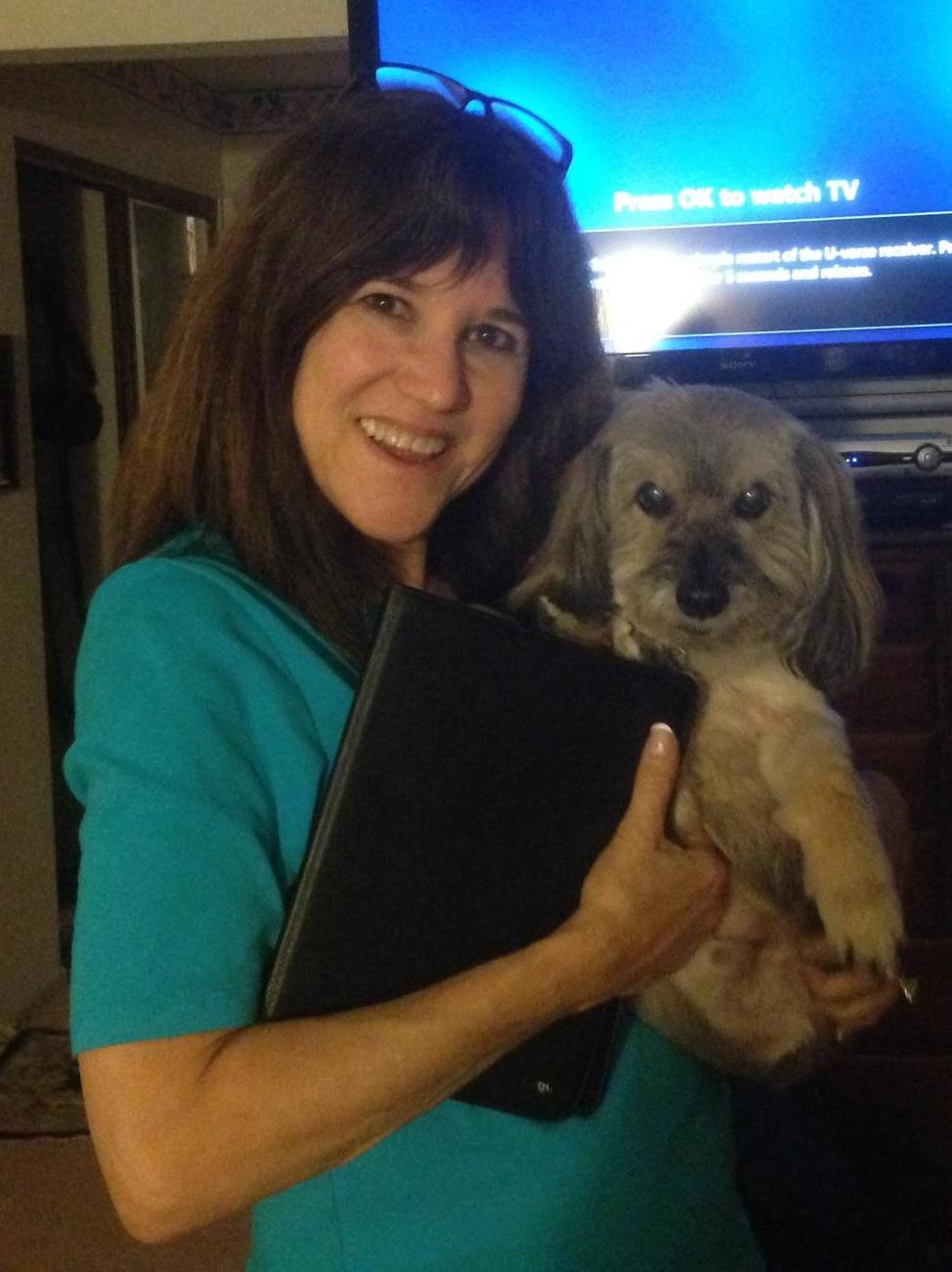 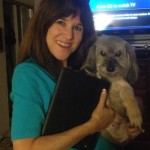 There is a famous movie title that says, “All Dogs Go to Heaven.”  The title doesn’t explain why dogs go to heaven, so the explanation didn’t qualify for the famous part.  It isn’t catchy, but it sure is profound.  The movie goes on to explain that all dogs go to heaven because they are naturally good—unlike people.  My dog Minnie qualifies, and I’m sure your dogs do too.

I was vehemently opposed to getting a dog in the year 2000 when Minnie first came to me.  The heartbreak that accompanies a beloved dog’s death is hard to bare.  Also, giving up the free time to care for her was a close second on my list of reasons not to get a dog.

However, my two-year-old begged for a dog while my four-year-old feared them.  The solution—get a dog.  Immersion, being around a dog, would cure Hayley and pacify Rachel.

Unfortunately, the night Minnie arrived home from her foster mother, Rachel decided to emulate Hayley and decided she, too, was fearful.  Both insisted on hiding at the neighbor’s house.  When we retrieved them, Hayley, the scared daughter, stayed on the couch when around Minnie for only a week.   Immersion worked; she was cured.

Minnie was never Rachel’s dog.  From the moment I picked her up her first night home she belonged to me.  To quote Peter Pan, Minnie was “my shadow, my very own shadow.”

I was devastated beyond words.  I’d only known her a few short hours, and I was already bonded.  Strangely, while I was making fliers in hopes of getting her back, my future ex-husband was planning a dinner party.  I questioned his timing.  He coped with problems by being around his family, he explained, so he was inviting them that night to the dinner party.

I love family and all, but that is one party I didn’t show up for.  My friend’s husband Ron and I circulated the neighborhood knocking on doors asking if anyone had seen my little dog Minnie.

Two days later, when she still hadn’t returned, we called Minnie’s foster mother.  We were reticent to call sooner fearing what she’d think of us—how irresponsible to lose a dog after just a few hours!  She was actually glad we called believing she had contacts that could help us locate her.

As she was walking down our front porch to leave, my husband walked her to her car and saw, Minnie.  Who could believe it?  After only knowing us a few short hours and canvassing an unfamiliar neighborhood for days, she made her way home to us.  I feel she made her way home to me, since she’s been mine—and I’ve been hers—ever since, and no one ever questioned it.  That it was Minnie who adopted me in the year 2000 has been tacitly accepted by my family.  Rachel never laid claim to Minnie, although she’s friendly when they interact, and when Bob left three years later, he never mentioned taking her with him.

I want to make this post about my readers.  The title is “Little Known Facts About Dogs”.  Here are the little known facts.  In my introduction, I quoted a Disney title, All Dogs Go to Heaven. Do they go to heaven?  Are you ready?  I once went to a seminar to explore whether life after death was a reasonable expectation.  A participant asked if when we get to heaven, our pets will be there.  For me, certainly, and many others, heaven just won’t be heaven without my little dog Minnie, my pet I’ve referred to as my “soul mate” since “best friend” just doesn’t cover it. The answer, dear reader, is “yes”.  The speaker said that pets do go to heaven in the form of energy.  Good to know.  She has been there for me in the fourteen years I’ve known her.  Maybe in the great beyond which I call “the big dog pound in the sky,” I can return the favor and be there for her.

Little Known Facts About Dogs was written by Janice Wald.

By night, Janice is a happy blogger, wife, mother of three daughters, and a dog owner. By day, she is a an ancient and medieval world history teacher. She has recently completed her Masters Degree in Education, Curriculum and Instruction and is currently collaborating on a screenplay.  Janice loves blogging and had the honor of being nominated for the Liebster Award after just blogging for one month.  She is grateful to Jeanne Melanson and Animal Bliss for publishing her work.  If you are interested in see more of Janice’s writing, her website is mostlyblogging.com.

Note:  I am adding links here to other works written by Janice for your enjoyment.

A QUESTION FOR YOU: Do you believe there’s a heaven for animals?