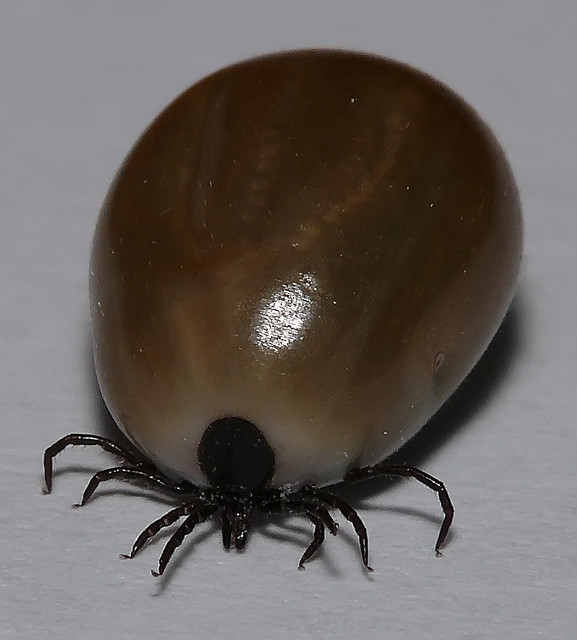 Symptoms and Treatment and Prevention


Lyme Disease in Dogs – What Causes It?

Lyme disease in dogs is not as common, or as dangerous, as Lyme disease in humans, but it’s still a problem that should be prevented. The disease is caused by a type of bacteria called a spirochete and is spread by the common deer tick. It’s a misconception, however, that deer are responsible for carrying the Lyme disease, which is named for a Connecticut town where it was first discovered back in the mid-70s. 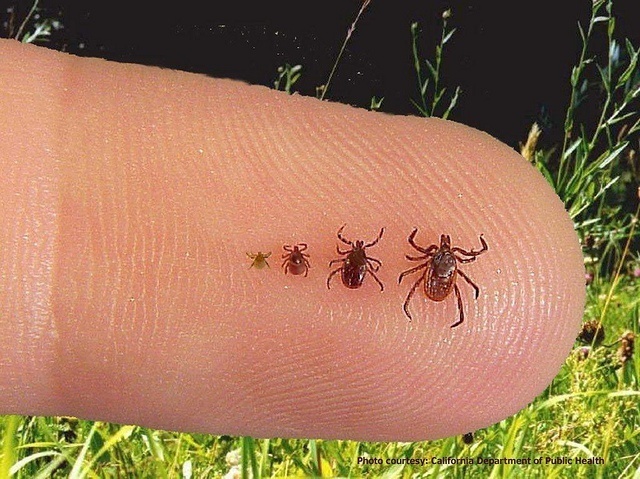 It’s actually the white-footed mouse that carries the bacteria responsible for the disease. Baby ticks ingest Borellia as they feed on infected mice. The bacteria mature in a deer tick’s gut until the tick reaches adulthood. The fully grown deer tick, seeking a more satisfying meal, is the most common transmitter of Borellia bacteria, which causes Lyme disease in dogs.

A bacteria-laden tick will transfer the bacteria through your dog’s bloodstream through it’s saliva between 24 to 48 hours after attaching itself to your dog. If your dog becomes infected, Lyme disease in dogs can take from 2 to 5 months to develop and before symptoms appear.

Most cases Lyme disease occur in New England, the upper Midwest, and the West Coast, where there is the highest concentration of ticks, and is uncommon outside of these areas.

Lyme Disease in Dogs – The Symptoms 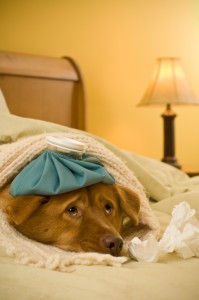 Lyme Disease in Dogs is the result of a hyperactivity in the immune system responding to the tick bacteria. Symptoms may include lethargy, kidney problems, pain, fever, diminished appetite, lameness and swelling of the joints and depression. The problems in the joints may appear sudden, but remember that the bacteria has been working in the background for several months.

It is important to get a proper diagnosis for Lyme disease in dogs, because the symptoms are common with other diseases and disorders.

Lyme Disease in Dogs – The Treatment

Only about 10% of dogs that test positive for Lyme disease ever actually get ill, so many veterinarians argue that treatment is not necessary for seemingly healthy dogs. If your dog does develop the symptoms mentioned above, then treatment will most likely be antibiotics, which have proven to be very effective.

If you live in the areas where ticks are more prevalent — New England, the upper Midwest, and the West Coast —  you can have your dog or cat vaccinated annually against the Borellia burgdorferi bacteria delivered by ticks. Talk to your vet for advice. 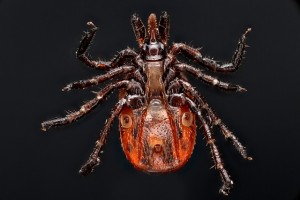 Prevention is always the best line of defense against Lyme disease in dogs. It is also less expensive than treatment. Ticks are out from spring to fall, so check your pets regularly for ticks, especially if you live in a wooded area.  If ticks are very heavy in your area, you might consider defensive treatment, such as flea and tick shampoo’s or sprays, available at your vet or any pet store.

Personally, I prefer to use natural products for my pets instead of dangerous chemicals. We use Triple Sure 100% Natural Flea & Tick Spray here and it’s worked well for our 3-dog / 1 cat household. These sprays also work on fleas, mosquitoes, bedbugs (apparently), mites and lice.

If you do find a tick on your dog, removing it within 48 hours may help to prevent the disease.  Learn how to safely remove a tick from your dog (or cat).  You should use a tool that you can get these from any vet, most pet stores, or simply use tweezers. 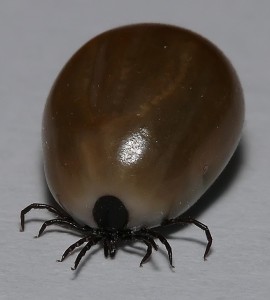 If a tick has had time to get this fat, it’s had enough time to transmit the bacteria that causes Lyme disease.

Pull the tick out gently so that you pull out the entire body.  Otherwise you will leave the head in the dog’s skin. Please don’t handle the tick bare-handed, especially if it has split open, or if you have open sores. Wash your hands immediately after.

The good news is that you cannot contract Lyme disease from an infected dog.  Some dogs that have become infected may have a “self-limiting” variety, and the disease will go away on its own. Your dog may also have the bacteria, but no symptoms. In fact, most dogs that test positive for Lyme disease are not clinically ill.

Have you had any experience with Lyme disease, either in you or a pet? What was it like for you? 7 thoughts on “Lyme Disease in Dogs: Your Questions Answered”