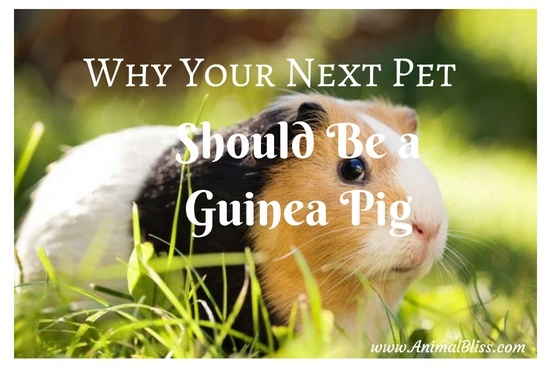 Pets can certainly take a lot of work. If you’re looking for an animal that is fun, has a good deal of personality and doesn’t require constant attention, your next pet should be a guinea pig.

Give a guinea pig a bit of love and attention, feed them properly, and you can expect these animals to provide you with companionship and comfort for years to come. They’re also great for kids as a first pet.

What you Should Know about Guinea Pigs as Pets

Compared to many other smaller pets such as rats and mice, and guinea pigs live for about five years if well looked after. There have even been some that have managed to live for ten years. They eat a relatively simple diet of hay, vegetables, or specialist food made from pellets.

If your child has ever harassed you for a pet, the cuddly guinea pig is a good choice. Because they are a fairly docile animal, they don’t mind being handled in the way that smaller rodents and mammals do. Guinea pigs are also an excellent way for kids to learn how to be responsible before you perhaps move onto a much bigger animal like a dog.

The one thing you probably want with a pet is that it is friendly and has some personality. While your guinea pig isn’t going to run after a stick for you, they do like to play, and they’re smarter than the average small furry mammal.

They’re easy to look after

One of the problems of owning a pet is you have to find someone to look after it when you go on holiday. The good news is that guinea pigs are pretty easy to take care of, even if you’re a novice. That means you should be able to find willing friends and family to help you out when you most need it.


5 Things to Think About Before You Get a Guinea Pig

“Why Your Next Pet Should Be a Guinea Pig”

Many thanks to Exotic Direct for writing this article.

Do you have Guinea pigs? Why did you decide to get one as a pet?