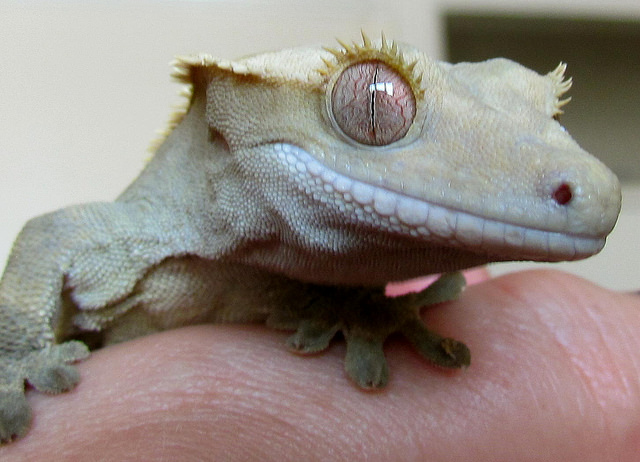 What Happens When a Gecko Loses its Tail?

Have you ever wondered what happens when a gecko loses its tail?  Did you lizards can regenerate their tails? The process is called Caudal Autotomy (Greek: self-amputation).  This can happen when the tail is pulled hard enough, or they “drop” their tails to escape predators. The tail wriggles and writhes, distracting the predator while the lizard escapes.

Some lizards will return to their tail to eat it in order to gain energy, recoup, or get back the nutrients in the tail, which is a major storage organ for the lizard.

This video explains the process in more detail. Fascinating, isn’t it?

What Happens When a Gecko Loses its Tail?

The process of an animal dropping any of its limbs is called “autotomy” which is Greek for “self-severing”, or self amputation.  The purpose of self amputation is generally one of self-defense. So it is with geckos.

When a gecko loses its tail, it was more than likely feeling threatened or their tail may have been grabbed. The dropped tail wiggles and twitches for awhile afterward, presumably to create an illusion of continued struggle to distract the predator, giving the gecko time to get away. The gecko has specially designed connective tissue in the tail that creates a “weak spot” where the tail breaks off readily.

When a gecko loses its tail, the blood vessels to the tail constricts, so that there is very little blood loss.  The gecko will grow a new tail over a period of weeks.  The regenerated tail will contain cartilage rather than bone, and the skin of the new tail will be different in color and texture.

Some species of geckos lose their tails when the tail is grabbed with sufficient force.  But some other species can simply throw off the tail when sufficiently stressed, such as when attacked by ants.  In these lizards, where the tails are used for storing reserves, the animal will return after the threat is passed and will eat the tail to recover the reserves.

A few other animals that can shed their tails are skinks, salamanders and tuatara.

I hope you have enjoyed, “What Happens When a Gecko Loses its Tail?“

MY QUESTION FOR YOU TODAY: Have you had experience with your pet lizard dropping its tail? Tell us about it.

6 thoughts on “What Happens When a Gecko Loses its Tail?”