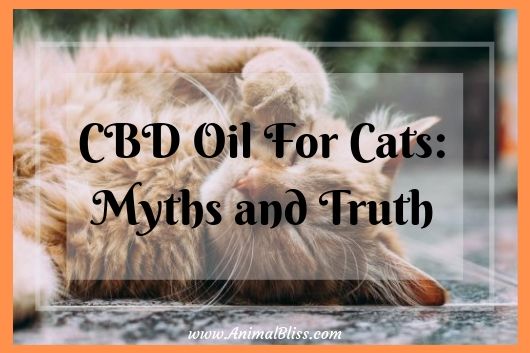 While CBD oil is exploding in popularity as a holistic health product for humans, it also is purported to carry similar benefits for our furry, four-legged friends. We explore the myths and truth about CBD oil for cats in particular. 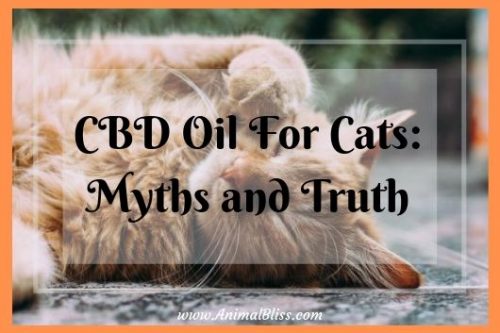 What Exactly Is CBD?

CBD or cannabidiol is a compound found in hemp. It does not contain tetrahydrocannabinol or THC, which is what gives marijuana its psychoactive properties. More research and information on CBD continues to be released in the wake of its growing popularity, which is due in part to the purported health benefits for both people and animals.

CBD oil is a highly concentrated form of the CBD compound found in hemp. It as a tincture is made by passing a solvent, such as olive oil, to a hemp plant. The solvent then absorbs the cannabinoids in the plant, creating the all-natural and non-toxic product we know as CBD oil.

CBD oils work similarly to the way a vitamin works, as they both help different bodily systems. Vitamins benefit our circulatory system by increasing the supply of vitamins and minerals your body needs to function. CBD oils do the same for your endocannabinoid system. The ECS is responsible for regulating bodily functions such as immunity, sleep, appetite, mood, and pain. It’s made up of neurons in your brain known as cannabinoid receptors.

There is a lot of both information and misinformation around regarding CBD and hemp oil, and it’s easy to get confused by all the logistics. Here is a breakdown of CBD and how it relates to your cat.

Will CBD Get My Cat High?

One of the biggest misconceptions people have in regards to CBD oil is the effects. The effects of CBD oil are not the same as those of marijuana. Because CBD lacks the compound tetrahydrocannabinol or THC, it does not produce a “high.” According to Healthline, THC is the primary psychoactive compound in marijuana that gives the high sensation. CBD for cats will not get your cat high.

Is Hemp Illegal in the United States?

PetMD states that “If a cannabis product contains less than 0.3 percent THC, it is classified as ‘hemp,’ which is not a restricted substance. Most, if not all, CBD oil fits this description.” However, you need to be aware of the laws for the state in which you live.

While the federal 2018 Farm Bill lifted a nationwide ban on producing hemp, which was formerly classified as a controlled substance, the bill left states to follow their own laws. An article in People referenced The New York Times, which reported that many states still classify hemp as illegal. WebMD has more information on what’s legal in your state.

Can CBD Improve My Cat’s Behavior?

CBD oil is often used to improve the quality of life for humans, and many pet owners are turning to it for a holistic treatment option for their pets. CBD for cats may help ease the symptoms of various ailments. However, it’s also important to note that while CBD oil for cats may be a viable option for your kitty, you should always consult with your veterinarian first.

Since the ECS system is responsible for functions such as sleep, appetite, and pain, CBD oil for cats may do well to help regulate mood, pain, and sleep in your cat. Regulation of mood is a significant factor when it comes to CBD oil effects because CBD is known to be a stress and anxiety reliever.

Prolonged stress isn’t good for anyone – humans and animals alike. Sleep deprivation can lead to declined health, behavioral issues, lack of appetite, and countless other issues. Studies have shown that CBD oil can help alleviate stress and anxiety by moderating cortisol production, which is responsible for stress. CBD oil works with neuroreceptors responsible for mood regulation and moderating neurological activity.

Does your cat suffer from feline arthritis, for example? According to a 2011 study, 61% of cats six years or older have arthritis in at least one joint, and 82% of cats 14 years or older suffer from arthritis. Symptoms include decreased mobility, constant pain, and lack of energy — all of which are symptoms that hemp oil for cats might help ease.

That’s because CBD can help reduce inflammation and prevent further inflammation, which is the source of much of the pain your cat is experiencing. According to an article from Medium, “Researchers have found that CBD can decrease the perceived level of pain by activating and desensitizing the brain’s vanilloid receptor.”

Related:
CBD for Dogs: A Natural Option for When Your Dog is in Pain

Can CBD Help With Epilepsy?

Humans are not the only ones who can suffer from epilepsy and experience seizures — cats do, too. Seizures occur when there is an abnormal level of electrochemical activity in the brain. There is still much research to be done in the use of CBD for treating epilepsy in felines. However, there is some evidence that proves CBD can be useful for treating seizures in cats.

A 2015 study by the American Epilepsy Society states that researches confirmed CBD was effective in reducing both the frequency and severity of seizures. While this study was conducted with humans, animals have the same ECS system as we do. Talk with your veterinarian before using hemp oil for cats, but CBD could be an alternative treatment for cat seizures.

While CBD is known to have many health benefits, it’s dangerous to make claims that CBD can cure cancer. According to Medical News Today, it’s too early to make any claims about CBD for cancer treatment. However, CBD may help manage symptoms that arise from the disease or its treatment. There is no evidence that CBD can cure cancer or terminal diseases, but it may help ease symptoms and side effects that come with them.

Other Common Myths About CBD

Various myths surround CBD because there is still so much uncertainty about the compound and what it can do for those who use it. One common belief is that the CBD industry is sketchy, which in turn makes CBD questionable.

While there are sketchy distributors and producers out there, as in any other industry, these bad apples shouldn’t carry the reputation of the industry. The legal gray area where CBD exists can make for some sketchy products, and, according to Healthline,

“Lab tests have revealed that many of the CBD-labeled products sold on the internet have little or no CBD in them.”

With this in mind, consumers should do their research before purchasing CBD. It is unfair to write off CBD as a whole because of a few unreliable distributors.

Do you use CBD oil on your cat (or any other pet)? Does it help?